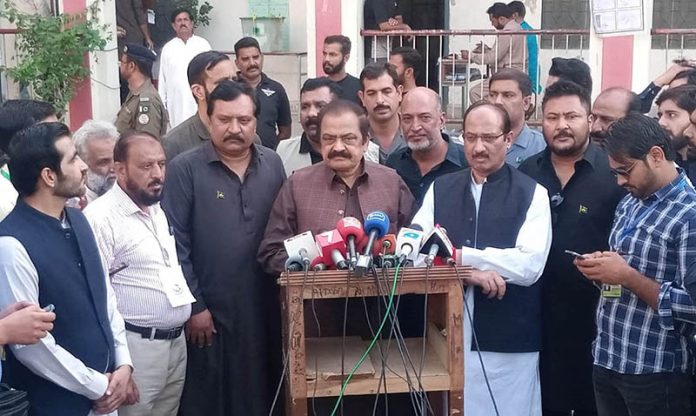 Per a statement, the DMO took strict notice of the interior minister’s media briefing amid voting and ordered the expulsion of Sanaullah from the constituency’s jurisdiction.

The DMO said that holding a press conference by a public office-bearer on the polling day within the jurisdiction of a constituency is a violation of the election code.

Earlier today, Sanaullah said that meeting with someone or attending a ceremony, whether it is held in connection with any happiness or grief, could not be termed as an election campaign.

Talking to journalists, the interior minister said he did not violate the law in any area, adding that the federal agencies should comply with the directions issued by the election body.

Responding to a question, Sanaullah said: “I have been told that the voter turnout for the by-polls is 20-25%. People’s verdict should be accepted in the by-election.”

In response to another question about the PTI’s proposed long march on Islamabad, the interior minister said that they would stop “mob culture” at all costs.

“The district bar president accompanied by armed men is roaming around the election area,” he said and urged the ECP and the law enforcement agencies to take notice of it.