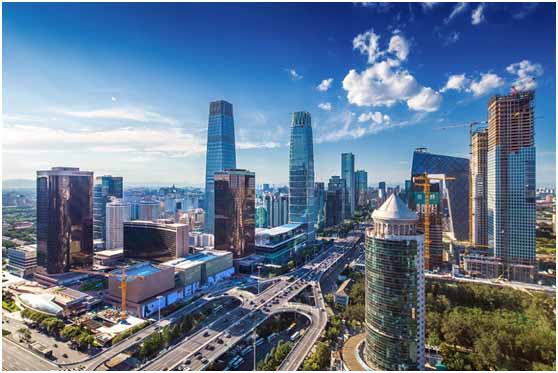 The Knotted Gun statue in front of the UN headquarters provokes the world’s reflection on war and peace. Over the past century or so, the world has gone through both bloody “hot wars” and the silent Cold War. To make the world a peaceful place free of war and in pursuit of development is an aspiration of generations of people.

A country or a nation must follow the trend of history and the times on its way to vitalization.

China, following a path of peaceful development, has explored a new way of vitalization that’s different from what has been taken by other major countries. It pursues development in the context of world development and forges ahead by actively engaging all countries for mutual benefit, so as to safeguard its own national interests and promote global development simultaneously.

China’s path of peaceful development derives from the legacy of Chinese civilization, the country’s clear understanding of its own goals and conditions, and its deep understanding of global trends favoring peace, development, cooperation and mutual benefit.

The pursuit of peace, amity, and harmony is an integral part of the Chinese character which runs deep in the blood of the Chinese people, who believe that “the strong should not oppress the weak and the rich should not bully the poor,” and that “though a country is now strong, bellicosity will lead to its ruin.” They refuse to do to others what they would not want for themselves, and would like to replace weapons of war with gifts of jade and silk.

Since the beginning of modern times, the Chinese people had been bullied, insulted and pillaged by imperialist powers for over 100 years. However, what they have gained from it is not the gangster logic that the strong prey on the weak, but a firmer determination to safeguard peace.

For 70-plus years since the founding of the People’s Republic, China has never provoked a conflict, occupied one inch of foreign soil, started a proxy war, or joined any military bloc. China has the best peace record among the world’s major countries.

China’s following the path of peaceful development contributes to the common development of the world.

Constantly sharing its development opportunities with the rest of the world, China has made important contributions to the peace, stability, development and prosperity of the world.

It puts forward the Global Development Initiative and advocates the building of a global community of development with a share future, demonstrating the global vision of China as a responsible major country to synergize its own development with the common development of the world.

A foreign political dignitary pointed out that China always adheres to multilateralism, which has made important contributions to promoting world peace and development.

China is the second largest funding contributor to the UN peacekeeping operations, and the top contributor of peacekeeping personnel among the permanent members of the UN Security Council. It plays a constructive role in international and regional hotspot issues.

As the world has entered a new period of turbulence and transformation, China proposed the Global Security Initiative, calling on the world to build on the vision of common, comprehensive, cooperative and sustainable security, build a balanced, effective and sustainable security architecture, and demonstrate the great potential of a new type of security that features dialogue, partnership and win-win instead of confrontation, alliance and a zero-sum approach. The country thus offers a new approach to eradicating the root causes of international conflicts and achieving durable stability and security in the world.

The international society generally believes that China is a peaceful force that the world needs today.

China firmly safeguards its core interests on the path of peaceful development. Any practice that undermines China’s sovereignty, security, development interests and national dignity will be met with forceful fightback.

Only by being brave and adept in carrying out struggle can China maintain peaceful development when confronted with hegemonism and power politics. Only by firmly safeguarding the path and system chosen by the Chinese people, upholding China’s sovereignty, security and development interests, defeating external forces that interfere in China’s domestic affairs and hurt China’s legitimate interests, fighting back the so-called unilateral sanctions and long-arm jurisdiction, and safeguarding China’s dignity and the legitimate rights and interests enjoyed by the Chinese people, can China finally succeed on its path of peaceful development.

With a firm determination, concrete actions and forceful measures, China has built a solid line of defense for its national sovereignty, security, development interests and national dignity, which not only shapes a sound external environment for national development and rejuvenation, and creates favorable conditions for the peaceful development of the world.

No matter how the global situation might have changed, China has always remained committed to world peace, global development and international order. The country will keep working with the rest of the world to pursue, protect and enjoy peace, and make relentless efforts to build a community with a shared future for mankind.