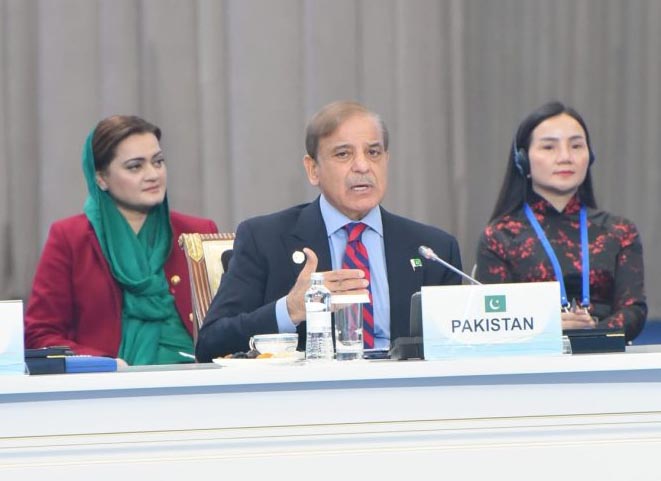 ASTANA : Prime Minister Shehbaz Sharif on Thursday said that he was “absolutely ready” to have dialogue with India for resolution of Kashmir dispute as he wanted to leave behind a legacy of peace and progress for the prosperity of coming generations.

Addressing the 6th Summit of the Conference on Interaction and Confidence Building Measures in Asia (CICA) in Kazakhstan’s capital Astana, the prime minister said Pakistan was “absolutely ready and willing for a discussion with Indian counterparts to promote trade and investment provided they showed the sincerity of purpose”.

“India has become a threat to its minorities, neighbours and the entire region,” he remarked.

“I want to leave behind a legacy of peace and progress for the prosperity of the coming generations of our region,” said the prime minister who spoke at length about the regional issues, including Kashmir and Palestine, and revival of peace in Afghanistan calling for their dialogue-based resolution.