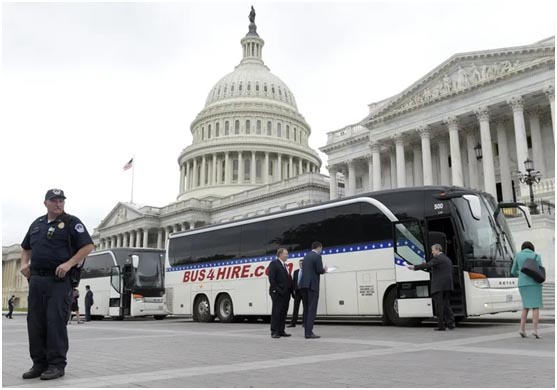 The Federal Reserve recently raised its benchmark interest rate by another 75 basis points, which marked the fifth time for the U.S. monetary policy decision maker to make interest rate hikes. These back-to-back increases are the biggest since early 1980s.

The radical interest rate hikes have triggered widespread concerns of the international society. As the world is still bothered by COVID-19 resurgences and slow economic pickup, the U.S., passing the pressure and risks of inflation to the rest of the world, will only encumber global recovery.

For some time, the U.S. has seen increasingly severe inflation, which has even reached a new 40-year high. It mirrors the country’s structural problem in economy and failing policies.

Over the recent years, the U.S. has followed trade protectionism and arbitrarily increased tariffs, leading to a rise in the price of imported commodities and services. However, the cost is shouldered by American enterprises and consumers.

To cope with the impacts from COVID-19, the U.S. government launched a large number of fiscal policies and ultra-easy monetary policies, which led to overheated economy and supply-demand imbalance. As a result, the recovery of production lagged behind that of consumption.

As in the 1970s, persistent and repeated negative supply shocks will combine with loose monetary, fiscal, and credit policies to produce stagflation, said Nouriel Roubini, Professor Emeritus of Economics at New York University.

Besides, since the Ukraine crisis, the unilateral sanctions launched by the U.S. against Russia have caused huge impacts on global energy, finance and food sectors, which further disordered supply and industrial chains and exacerbated inflation.

The U.S. needs to adopt problem-oriented strategies to address the inflation issue. However, the Federal Reserve is wishing to ease overheated economy and inflation by boosting interest rates. What the U.S. has done is only casting a shadow over its economic growth.

The back-to-back interest rate hikes have driven up the cost of borrowing, thus containing enterprises’ investment expansion and consumption, impacting the labor market and bringing huge downward pressure to the U.S. economy.

Spanish newspaper Rebelion said in an article that the Federal Reserve is curbing inflation at the sacrifice of the entire economy, which will lower economic growth, accelerate recession and trigger debt crisis. Besides, the U.S. practice cannot stop the rising prices caused by the impacted supply chain.

Countries in the world are interdependent in the era of economic globalization. However, the U.S. cares about only its own short-term interests when making monetary and fiscal policies, which may take the world to an even bigger crisis.

CNN called the interest rate hikes “dollar smile,” but the smile only chills the world. U.S. dollars often appreciates when the U.S. economy is very strong or very weak, and the appreciation makes capital flow back to the U.S., which causes hyperinflation and capital flight for other countries. Emerging markets and developing countries have been the biggest victim every time the U.S. raised interest rate since the Latin American debt crisis.

Undoubtedly, the new interest rate hike will bring capital back to the U.S., and developing countries will face a number of challenges such as stock market fluctuation, depreciation of domestic currency, interest rise in their debts in U.S. dollars, as well as surging cost of raw material imports.

James Morrison, associate professor at London School of Economics and Political Science, noted that the interest rate hikes will definitely place negative impacts on the world and worsen the financial distress of developing countries, as the U.S. dollars is in the center of the international financial system.

The interest rate hikes made by the Federal Reserve also burdened Europe, Japan and other developed economies. French newspaper Les Echos said on its website that the raised benchmark interest rate will force other central banks to follow, which will depreciate euro and exacerbate inflation. As a result, the European economy, already impacted by the Ukraine crisis, will shoulder greater pressure.

As the world’s largest economy, the U.S. should adopt responsible economic and financial policies and control their spillover effect, so as to avoid exporting inflation and recession risks to the rest of the world.

Facing the economic hegemony of the U.S., emerging markets and developing countries should adopt a long-term perspective, improve the system and rules of international economic governance, and make global governance fairer and more equitable.