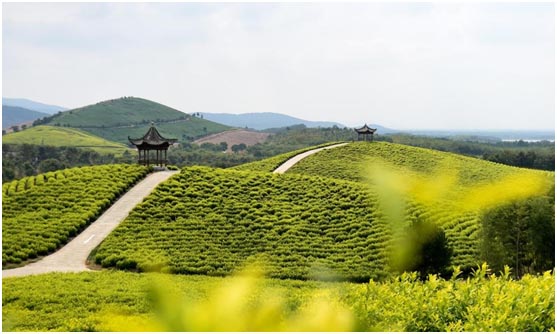 China today is more than the country itself; it is very much a part of the world.

Since the 18th National Congress of the Communist Party of China (CPC) in 2012, socialism with Chinese characteristics has crossed the threshold into a new era.

Under the guidance of Xi Jinping Thought on Diplomacy, China has overcome many obstacles and challenges, accomplished a great number of big, important undertakings, and scored ground-breaking historic achievements on all fronts.

With a further rise in international influence, ability to inspire, and power to shape, China has written a splendid chapter of major-country diplomacy with Chinese characteristics.

Today, the international balance of power is undergoing profound adjustments, unilateralism, protectionism, hegemonism, and power politics are posing greater threats to world peace and development, and the anti-globalization trend is growing. The world has entered a new period of turbulence and transformation.

Facing complex and severe international situations and unprecedented external challenges, the CPC Central Committee with Comrade Xi Jinping at its core has implemented the national rejuvenation strategy within the wider context of once-in-a-century changes taking place in the world.

It is holding high the banner of building a community with a shared future for mankind, and focusing on the central task of serving national rejuvenation and promoting the human progress, to advance major-country diplomacy with Chinese characteristics.

With a broad vision for the future of the world, China has proposed to build a community with a shared future for mankind, which marks the deep interaction and close relation between China and the rest of the world.

China advocates forging a new type of international relations featuring mutual respect, equity, justice and win-win cooperation, and embarks on a new path of state-to-state relations with the preference of dialogue over confrontation and partnership over alliance.

China has actively explored and facilitated the building of a framework of major-country relations that is generally stable and balanced, The country adheres to the policy of building friendship and partnership with neighboring countries and follows the principles of amity, sincerity, mutual benefit and inclusiveness in conducting neighborhood diplomacy, and stays committed to the principles of sincerity, real results, amity and good faith and the approach of pursuing the greater good and shared interests in cooperation with other developing countries.

It has forged partnerships with over 110 countries and regional organizations in various forms, building a comprehensive, multilevel, and multifaceted network of global partnerships. The constantly expanding “circle of friends” mirrors the unprecedented frequency of China’s interaction with the rest of the world.

China in the new era remains committed to a win-win strategy of opening-up, injecting new strength into the common development of the world.

Major-country diplomacy with Chinese characteristics has made important contributions to building a world of common prosperity by promoting open cooperation.

For instance, the major decision to launch the Free Trade Area of the Asia Pacific process was made at the 22nd APEC Economic Leaders’ Meeting, drawing a new blueprint for Asia-Pacific connectivity.

A total of 28 specific outcome documents were issued during the G20 Hangzhou Summit, including the first time to give priority to development in global macro policy framework, the first time to draft an action plan for the implementation of the UN 2030 Agenda for Sustainable Development and the first time to take collective actions to aid the industrialization of Africa and least developed countries, setting up a new “global benchmark” to the international community.

Besides, China has held four consecutive sessions of the China International Import Expo, during which a series of new measures of opening up were announced.

Over the past 10 years, China has been working actively to promote the high-quality development of the Belt and Road Initiative. It has established the Asian Infrastructure Investment Bank, the New Development Bank, and the Silk Road Fund and pushed for the high-quality implementation of the Regional Comprehensive Economic Partnership.

It is believed globally that China, by promoting common development with other countries, is creating a brighter future for global development.

China in the new era holds high the banner of true multilateralism and actively joins the reform of the global governance system.

China proposed to build a community of common health for mankind, providing a basis for safeguarding the lives and health of mankind.

With unprecedented ambition and actions to cope with climate change and protect biodiversity, the country charts the course for global ecological civilization and builds a community of life for man and nature.

By proposing and implementing the Global Development Initiative, and the vision of building a global community of development with a shared future, China is steering global development toward a new stage of balanced, coordinated and inclusive growth.

The country has put forward the Global Security Initiative, and is joining hands with all relevant parties to tackle governance issues. The initiative is a vivid practice of the concept of the community with a shared future for mankind in the security area.

“Boundless is the ocean where we sail with the wind.” Chinese ideas, commitments, responsibilities and wisdom help the world cope with present challenges and eye on the building of a better future.

China will always adhere to the path of peaceful, open, cooperative, win-win and inclusive development, and work with the rest of the world to make new contributions to safeguarding world peace and promoting common progress.