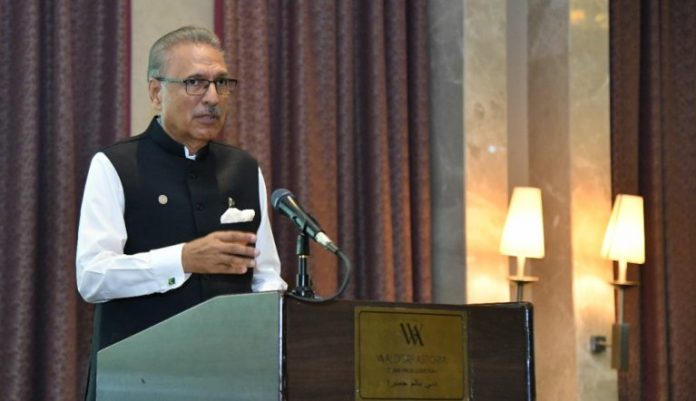 ISLAMABAD: President Dr Arif Alvi Wednesday stressed upon focusing on reality-based issues instead frittering away country’s time on irrelevant debates as time was a precious commodity.

In an interview with a private Tv channel (ARY News), the president said that his remarks over the ‘cipher issue’ had been quoted out of the context.

He said that it was his conviction that the issue should be investigated that was why he had sent it to the Supreme Court with full arguments by citing certain cases of the country’s history.

The president said that he had doubts and it was his conviction that the matter should be investigated.

To a query, he stressed upon forging of unity in the nation and an end to the widening gap of polarization.

He said that he also found politicians responsible for this polarization and wished that it could be reduced.