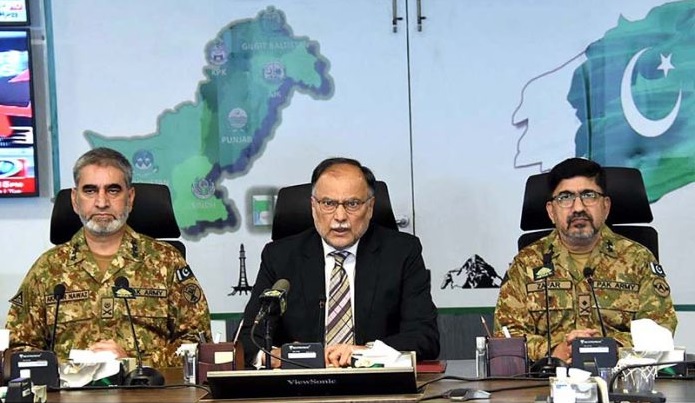 The meeting chaired by Minister for Planning and Development Ahsan Iqbal was informed that around four million acres of cultivatable area have been affected by flood across the country.

The Rabi crop, especially the cultivation of wheat and the measures regarding the supply of subsidy-based seeds were reviewed in the meeting.

The forum was also apprised of the progress made so far on the NFRCC web portal and dashboard.

Planning Minister Ahsan Iqbal directed that the requirement of the respective areas and the types of seeds should be determined in advance.

Furthermore, he said relief activities in the flood affected areas should be expedited due to the arrival of winter beisdes immediately finalizing mechanism for procurement of subsidy based seeds and distribution at district level.

He said the provincial governments should confirm about the availing of subsidy-based seeds as soon as possible.

There should be no delay in delivering seeds to farmers for the Rabi crop, he said adding that the delay would increase the issue of food security in the country.