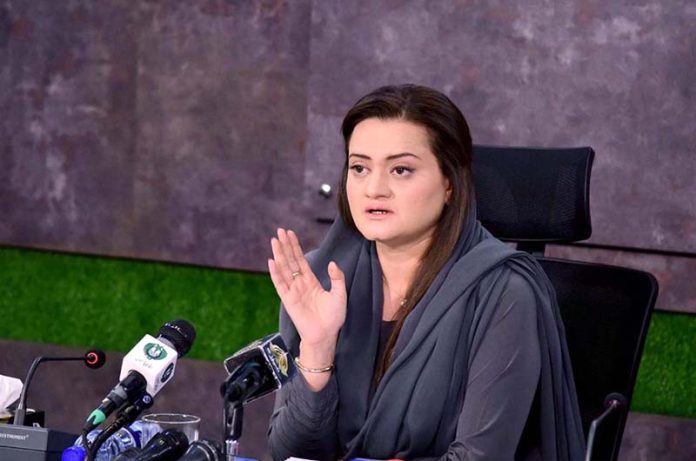 ISLAMABAD: Minister for Information and Broadcasting Marriyum Aurangzeb on Monday asked PTI Chairman Imran Khan to first appear before the Joint Investigation Team (JIT) and then go to the court in the Prime Minister House audio leaks.

“Foreign-funded ‘Fitna’ (Imran) should appear before the JIT instead of going to the court. He has confessed his crime and it is time for him now to be in jail,” she said while reacting to the PTI chief’s announcement of approaching the court regarding the audio leaks.

Imran Khan should better explain his position to the nation “for conspiring against the country, politicking on state affairs and at the cost of national interests, and purchasing votes of parliamentarians to prolong his stay in the power”, she added.

She advised the PTI chief to abandon his “sinister moves”, keeping in view his previous botched plots against the state.
The “foreign-funded Fitna’s planning” for horse-trading to prevent his ouster from power, while putting the national interests at stake had also been fully exposed before the nation, she added.