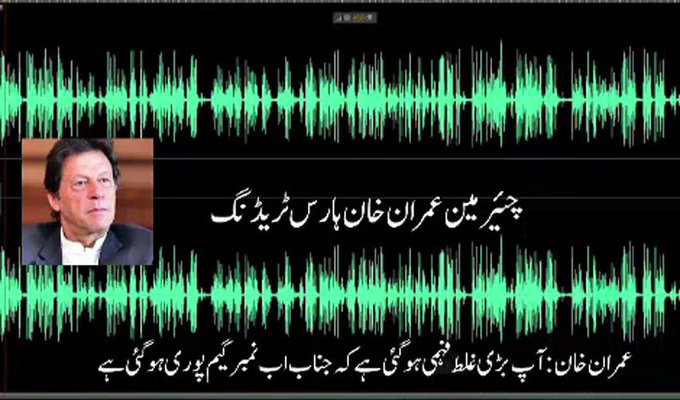 In the audio tape — the fourth tape in total and the third related to the cypher — the PTI chairman can be allegedly heard speaking about the US cypher and planning for the no-confidence vote in the National Assembly on Sunday. However, it is unclear whether the conversation took place ahead of April 3 or 11.

This was the second audio leak in a day. The one that came to the fore earlier, Khan was heard speaking alone, allegedly discussing horsetrading with an aide.

The third audio mentioned a 48-hour time period, which matches with the Supreme Court order that was issued on April 7. The top court had directed the National Assembly speaker to hold a vote on the motion no later than April 9.

The government has set up a committee to probe the leaked audio tapes — related to the ruling officials and the PTI — after back-to-back soundbites surfaced within a month.