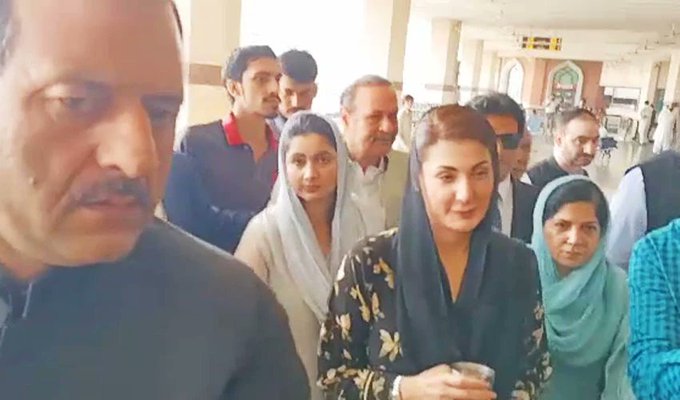 ISLAMABAD:PML-N Vice President Maryam Nawaz is set to leave for London today (Wednesday) after the Lahore High Court returned her passport which she had surrendered to obtain bail in the Chaudhry Sugar Mills Case.

The PML-N leader has already arrived at Lahore’s Allama Iqbal International Airport for her flight to London.

“I cannot wait for the plane to land [in London] and meet my father,” Sources say that the PML-N leader is travelling via a private airline’s flight. She is also expected to stay in London for a month and undergo a medical checkup, they added.

Maryam’s passport was returned to her a day earlier after a three-member LHC bench, earlier this week, ordered to return the travel document.

The PML-N leader had approached the LHC against the National Accountability Bureau (NAB) saying despite the absence of any charge sheet against her or trial, she had not been able to exercise her fundamental rights for about four years.

She had pleaded that she was in dire need to go abroad to attend to and inquire after her ailing father, requesting the court to direct the deputy registrar (judicial) to return her passport in the interest of justice.