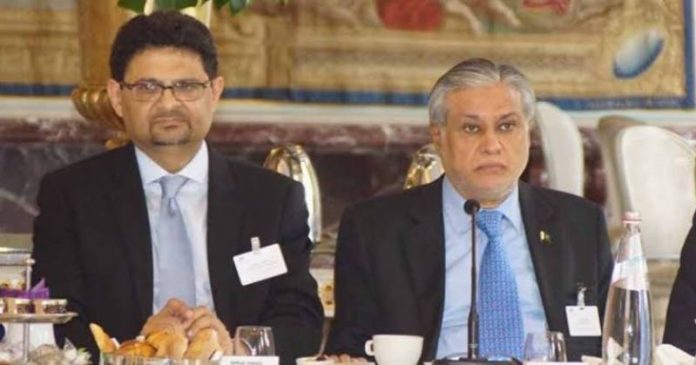 LONDON: Miftah Ismail on Sunday tendered his resignation as the finance minister to PML-N supremo Nawaz Sharif in line with the party’s decision. The decision was made during a meeting of PML-N leaders in London, including Nawaz Sharif, Prime Minister Shehbaz Sharif, and others. During the session, several issues related to the country were discussed in detail. According to a PML-N spokesperson, during the meeting, Miftah handed over his resignation to Nawaz and thanked him for giving him a chance to lead the ministry.  Miftah also said that over the last four months, he performed to the best of his abilities and remained loyal to his party as well as the country.  While accepting his resignation, Nawaz Sharif praised Miftah’s efforts and the way he carried out his duties at a time when the country was facing an economic crisis. PML-N leader Ishaq Dar will be replacing Miftah as the finance minister, while Miftah will also remain part of the government.  On the other hand, Dar will be coming back to Pakistan along with Prime Minister Shehbaz Sharif on Sunday night as Nawaz suggested he does not delay his return. As decided by the two party leaders, Dar will assume charge as the finance minister on Tuesday, September 27. that during his meeting with PM Shehbaz yesterday, Nawaz revealed he had not been happy with the economic policies of Miftah and had called for a change in the direction of economic policies. Nawaz, according to the source, is worried that the rise in prices of commodities had directly affected ordinary people which has impacted the support base of PML-N.