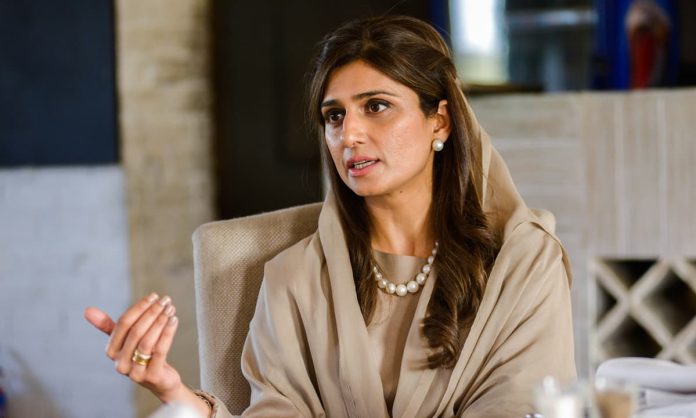 NEW YORK: Minister of State for Foreign Affairs, Ms. Hina Rabbani Khar Thursday participated in the Ministerial meeting of the Non-Aligned Movement (NAM), hosted by the Foreign Minister of Azerbaijan, the current Chairman of NAM.

The meeting, held on the sidelines of the 77th Session of the UN General Assembly, focused on the theme “Role of the Non-Aligned Movement in Post-pandemic Global Recovery; the Way Forward”.

While highlighting the continued worsening of the global economic situation due to the COVID-19 pandemic and mounting threat of climate catastrophe, the Minister of State underscored that a comprehensive and cooperative strategy is needed to address the global challenges, especially of Covid, development and climate.

To recover from the COVID-19 crisis and to “build forward better”, she highlighted, inter alia, the need for equal and early vaccine distribution, mobilization of financing to enable economic recovery in developing countries and reaffirmation of commitment to cooperative multilateralism.

The Minister of State also highlighted the massive impact of recent catastrophic floods in Pakistan. She noted that one-third of the country was inundated, around 33 million people affected across the country and over 1400 lives lost.

Reiterating deep concern at the continued denial of the inalienable right to self-determination to the people of Indian Illegally Occupied Jammu and Kashmir (IIOJK) as well as Palestine, guaranteed to them under several UN Security Council resolutions, the Minister of State called upon the international community and NAM to work for a just, peaceful and expeditious settlement of these conflicts in accordance with the relevant resolutions of the UN Security Council and the wishes of the people of Jammu and Kashmir and Palestine.

The meeting adopted a Political Declaration which, inter alia, expressed solidarity with the Government and people of Pakistan in addressing massive scale of destruction caused by unprecedented floods and supported Pakistan’s efforts for relief, rehabilitation and reconstruction.