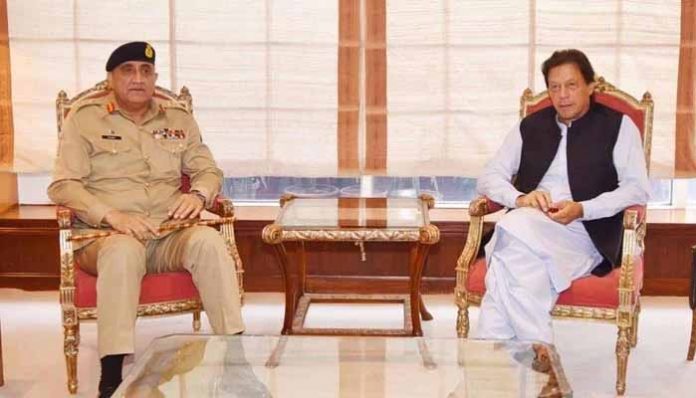 islamabad:PTI Chairman Imran Khan on Tuesday rejected suggesting the extension of the tenure of Chief of the Army Staff (COAS) General Qamar Javed Bajwa till the next elections.

A day earlier, the former prime minister, while speaking during an interview with a private TV channel, had suggested that the appointment of an army chief should be deferred until the government is elected, which should then choose the new military head.

In a meeting with journalists, Khan said: “I never talked about the extension of the army chief’s tenure, I just proposed to defer the appointment of the army chief till the new elections.”

During the meeting, the former premier said that the newly elected government should decide the army chief’s selection on merit, adding that he never said who should be the military’s head.

“I did not say anything to elicit a statement from Inter-Services Public Relations (ISPR),” Khan said, adding that the two families [Sharif and Zardari families] should never select the head of the armed forces.”

The ex-premier decided to call on the nation to protest against the government in September.

Khan has been making headlines since his ouster in April because of his constant remarks regarding the army chief.

Earlier this month, while speaking during a public rally in Faisalabad, the PTI chairman had called out the government, saying that it was delaying the elections to appoint an army chief of its own and that if a “patriotic chief of army staff comes in, he will not spare the incumbent rulers.”