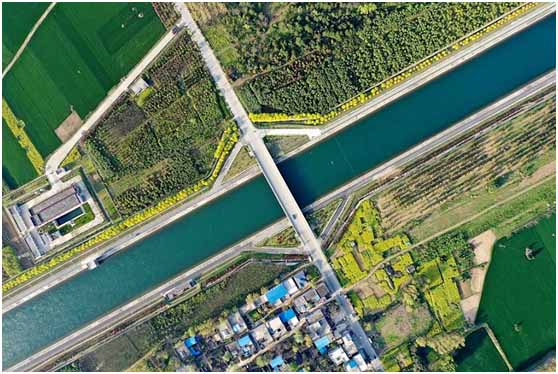 A Yellow River-crossing tunnel, as a vital part of the middle route of China’s South-to-North Water Diversion Project, recently passed a verification test, laying a solid foundation for the high-quality development of the project.

So far, all the 155 units of the phase-1 project of the eastern and middle routes have passed verification tests.

Over 56 billion cubic meters of water has been diverted along the eastern and middle routes in the past seven years, which benefited 150 million people. The two routes have brought about huge economic, social and ecological benefits.

How to transfer water from the southern bank of the Yellow River to the opposite side was the most challenging task during the construction of the middle route of the mega water diversion project, said Zhang Chuanjian, deputy chief designer of the CISPRD Corporation, a major technical service provider of the Yellow River-crossing tunnel.

Challenging as it was, the task must be conquered.

According to Zhang, there were two plans when the design work just started – one for an elevated diversion channel and another for tunnel excavation.

“We chose the latter upon repeated scientific verification and model tests, and out of the consideration of technical difficulty and ecological conservation,” Zhang told People’s Daily.

It was the first time for China to build a hydraulic tunnel with slurry tunnel boring machines. The excavation depth stood at 3.45 kilometers and the error must be controlled within 3 centimeters.

To ensure long-term and stable operation of the tunnel, constructors built a virtual 3D model that acquires real-time information about hydrology and water quality. Besides, underwater robots and scanners have been employed for troubleshooting of the underwater structure.

As of Aug. 30, 35.75 billion cubic meters of water had been transferred from the southern bank of the Yellow River to the opposite side through the tunnel, which significantly alleviated the water shortage in the Beijing-Tianjin-Hebei region in north China.

According to Jing Shuguang, head of the general office of the China South-to-North Water Diversion Corporation Limited, 13 cascade pump stations, 22 pivots and 34 pump stations are established along the eastern route of the South-to-North Water Diversion project, and these stations are equipped with 160 hydroelectric generators.

The pump station cluster has various types of pumps that come with low lift and large capacity, and they are able to work long hours throughout the year.

Besides, the management authority of the water diversion project has elevated the water level at the Danjiangkou Reservoir, which sits in the joint area of central China’s Hubei and Henan provinces, from 157 to 170 meters for larger water storage and more stable water source of the middle route.

Science-based management was key to the safe and steady operation of the eastern and middle routes of the South-to-North Water Diversion project in the past seven years. In the middle route dispatching hall of the China South-to-North Water Diversion Corporation Limited, real-time discharge information of major rivers is shown on a screen, and monitoring, dispatching and water storage adjustment systems are equipped at lock stations.

“We can open gates remotely based on actual conditions and discharge variations,” Jing said. The success rate of remote gate control stands at 99.56 percent currently.

At present, the China South-to-North Water Diversion Corporation Limited is employing new-generation information technologies to gather more information and promote model-data and business-technology integration, so as to build a digital twin system of the South-to-North Water Diversion project, make the project more digital, network-based and intelligent, improve the project’s capability in precise water management, and drive the high-quality development of the project.