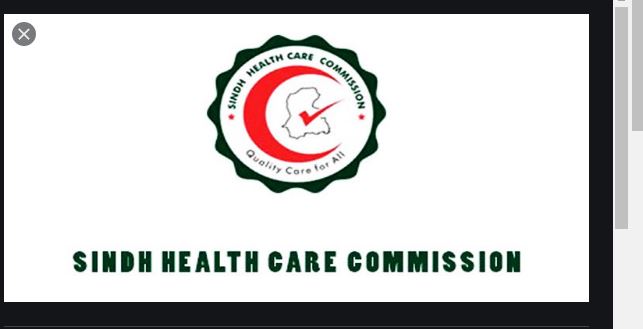 KARACHI: Sindh Healthcare Commission(SHCC) quickens the Registration and Inspection process of Hospitals in Sindh, Five major Hospitals in Karachi were issued Regular LicensesSHCC imposed 2.08 million penalties on Healthcare Providers due to non-compliance during July-August 2022   Sindh Healthcare Commission accelerated the Registration and Inspection process of Hospitals in Sindh. SHCC’s teams quicken the process of registration by having regular visits of Hospitals and conducting inspections. Five major Hospitals in Karachi were issued Regular Licenses after completing the compliance guidelines of SHCC. These hospitals include Ziauddin Hospital Clifton and North Nazimabad, Memon Medical Institute Hospital, Bahria Town Hospital, and Agha Khan University Hospital Karachi. Moreover, During the period of July-August 2022 , SHCC received 97 applications for registration and 104 Registration Certificates were issued to clinics/hospitals in Sindh. Provisional Licenses were issued to 18 Hospitals. During the period July-August 2022, in its anti-quackery drive teams of SHCC, conducted widespread inspection and enforcement visits. During this period, the teams conducted 535 inspections of various healthcare establishments (HCE’s) across the province. A total of 60 clinics/hospitals were sealed in this period, with over 215 warning notices issued to different practitioners on non-compliance. 178 clinics/hospitals were found to be compliant with SHCC Act and Regulations. In addition, 82 clinics were resealed. Total penalties (fines) imposed by SHCC on non-compliant clinics were Rs 2.08 million. Over 80% of the fines imposed were successfully recovered. During July-August 2022 SHCC received 6 complaints against hospitals/clinics, the hospitals in question were inspected in relation to the complaints to establish facts followed by proper hearing of complainant and defendants. During July-August 2022 , training sessions on Minimum Service Delivery Standards for Homeopathic Clinics was arranged in which 27 Homeopathic Clinics participated, in another training session for Hospitals, 66 General Practitioners, and 22 Hospitals in Karachi division were provided training. SHCC teams are also in the process of developing Standards for telemedicine, Radiology and Dental Practice. A meeting was held with Pakistan Nuclear Regulatory Authority (PNRA) to discuss radiology standards. Another discussion meeting was held with relevant stakeholders for reviewing the Final draft of Dental Standards. With the onboarding of newly hired staff of SHCC, the process of strengthening of District Head Quarter offices has been started successfully.