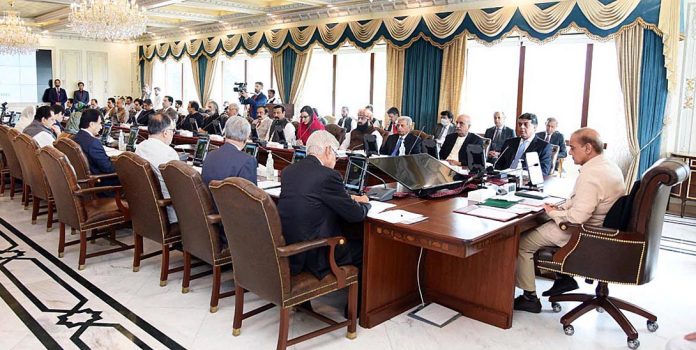 ISLAMABAD: Prime Minister Shehbaz Sharif on Tuesday said as nation marked the Defence Day, the similar spirit of sacrifice and resilience was required to cope with the current grave challenges in the wake of floods.

In his initial remarks while chairing the meeting of the federal cabinet, he said as the country grappled with unprecedented floods and other challenges, there was a need to recall the spirit of 1965.

The prime minister termed unity as the greatest strength of the Pakistani nation to deal with the challenges effectively.

He said over 30 million people were facing the brunt of flash floods in the shape of loss of lives, infrastructure and crops.

PM Sharif paid tribute to the martyrs of 1965 war who laid down their lives for the safety and security of the country.

He said together, the armed forces and the people had thwarted the Indian machinations to undermine the national integrity.

In view of the heavy losses due to floods, he said, the government had decided to observe the Defence Day with simplicity.

However, he said, the resting places of the martyrs would be adorned with the wreaths and prayers would be offered for their souls.