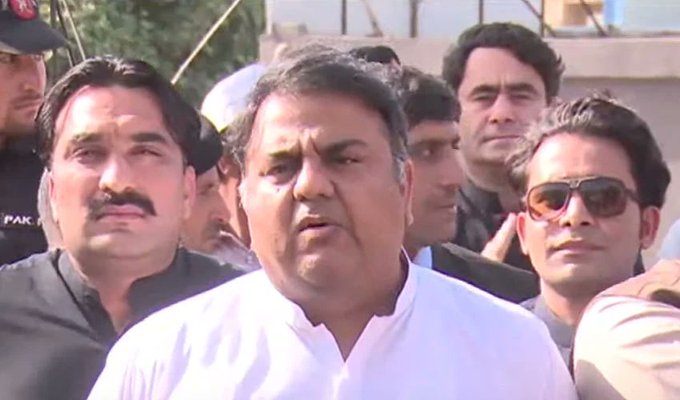 ISLAMABAD:PTI’s senior leader Fawad Chaudhry on Tuesday said that the Inter-Services Public Relations (ISPR) had “overreacted” because “Imran Khan had never named any generals” during his Faisalabad jalsa.On Sunday, PTI Chairman and former prime minister Imran Khan issued a defamatory statement regarding the senior leadership of the Pakistan Army during his Faisalabad address, in response to which the military had said that it was “aghast” at the statements issued against it.

Issuing a clarification over the matter, Chaudhry said that Khan was referring to the government’s inability to appoint army personnel to important positions.