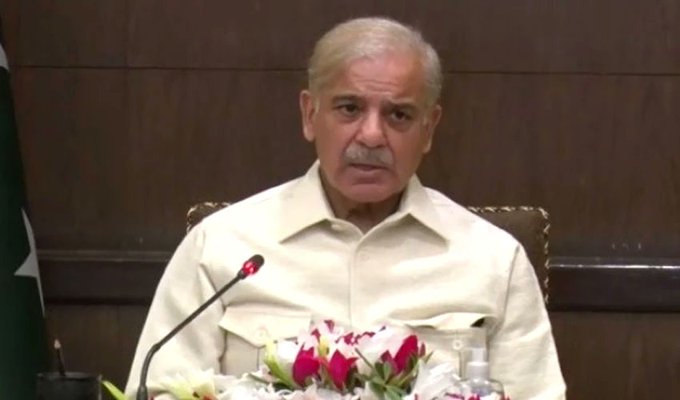 GHIZAR: Prime Minister Shehbaz Sharif Friday announced Rs three billion for the rehabilitation and reconstruction of the flood-affected areas of Gilgit Baltistan. He was on a visit to the flood-affected areas of Gilgit Baltistan. Advisor for Kashmir Affairs and Gilgit Baltistan Qamar Zaman Kaira and Special Assistant to Prime Minister for Public Policy and Strategic Communication Fahd Hussain accompanied the prime minister. The government of Gilgit Baltistan and the district administration of Ghizar briefed the prime minister that 1000 kanals of agricultural land was affected in the area and more than 1000 houses were completely or partially destroyed in the floods. Dozens of bridges, hundreds of water pipelines and water channels were damaged besides damage to the basic infrastructure of hundreds of kilometers of roads. After the briefing and review of the situation, the PM announced that every affected family in the ten union councils would be given Rs 25000 each. He also announced Rs one million each for a family whose loved ones lost lives in the floods. Shehbaz Sharif met the flood affectees in the village Bobar where 17 people lost their lives in floods. Among the affectees a differently abled girl was also present. Most of her family in the village died in the floods. The PM expressed condolence with the girl and instructed that all efforts should be made for her medical treatment and announced aid of Rs five million for her and the establishment of an endowment fund in her name. He also announced Rs 100 million fund for the village of Bobar which was the most affected in the floods in the Ghizar district.A five-kilometer metaled road for the village would also be constructed. He directed National Highway Authority to build the six bridges destroyed in the natural disaster in the Ghizar district. He asked the Chairman National Disaster Management Authority and Chief Secretary Gilgit Baltistan to immediately assess the losses caused by the floods.