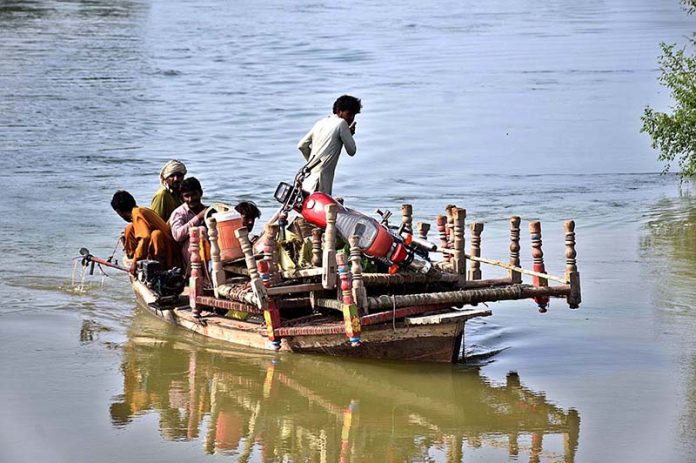 At a joint press conference with United Nations Resident Coordinator Julien Harneis here at the Ministry of Foreign Affairs, the foreign minister said rescue, relief and rehabilitation activities were at full swing across the country.

Bilawal said following the initial assessment of the disaster, urgent steps were required by the world, the UN and the partner agencies to cope with the magnitude of the challenge.

He said Pakistan, this monsoon, received three times of the usual rainfall that resulted in floods affecting 23 districts of Sindh and 30 districts of Balochistna, Khyber Pukhtunkhwa and South Punjab.

He mentioned that there was a shortage of tents and food items to meet the demands of the flood-affected people and vowed to ensure transparency in disbursement of relief supply items.

He said drainage of water was a big challenge in the low-lying areas inundated with flood water, adding that evacuations were being made despite limited resources.

He said the support of international community would help Pakistan overcome the daunting challenge. He thanked the UN and its agencies in coordinating with the government of Pakistan in carrying out relief activities.

He also mentioned the gesture of exemplary generosity by Pakistani people and civil society in mobilizing relief work.

The foreign minister said there was a long-way ahead in effective mitigation of the flood relief and rescue.

To a question regarding the capacity to deal with the challenge, he said joint efforts at federal, provincial and international agencies’ levels would overcome the problem.

Bilawal recalled that Prime Minister Shehbaz Sharif during his visit to Sindh had announced Rs 15 billion as grant. The amount, he said, would not be sufficient viz-a-viz the damage, however would complement the efforts of the provincial government.

Asked about lack of coordination among federal and provincial governments, Bilawal mentioned the efficacy of the data availability under Benazir Income Support System that helped in carrying out the relief activities.

The foreign minister said it was not the time of doing politics over the matter of floods. However, he pointed out that the flood-hit people in Khyber Pukhtunkhwa awaited repatriation, while the provincial government remained busy in catering to the helicopter flight of their leader Imran Khan.

He said the problem of current floods had compounded the issues pertaining to national economy that already faced the pressure of inflation.

Bilawal expressed confidence that the coalition government despite immense challenges would effectively deal with the challenges.

The UN Resident Coordinator, who had also visited the areas of Sindh and Balochistan, expressed concern over the displacement of hundreds of people and said the UN would provide assistance to the flood-affected people.

He said Pakistan could not overcome this challenge alone and called for the support of international community in this regard.

He said climate change contributed to ‘super floods’ in Pakistan and needed a proper strategy to sort out the issue.

Julien Harneis said the funds collected through international appeal would cover the issues of health and emergency services, and livestock vaccination.

He said the UN’s humanitarian response facilities would complement Pakistan’s national capacity to deal with the challenge.

He said the UN had initiated collaboration with the local authorities, including the dispensation of supplies amounting $3 billion for water and livestock vaccination in Lasbela, Balochistan.

The UN official said he had held meetings with the Chairman National Disaster Management Authority and the officials of Ministry of Foreign Affairs and added that the UN would respond if more assistance was needed.

He said the experts of the World Food Programme would be visiting the flood-hit area tomorrow to assess the requirements on-ground.

He mentioned that the UN’s central emergency relief programme was triggered following the floods in Pakistan.

On climate change, he said Pakistan’s voice had not been efficiently heard and further steps needed to be taken with regard to management of river system.