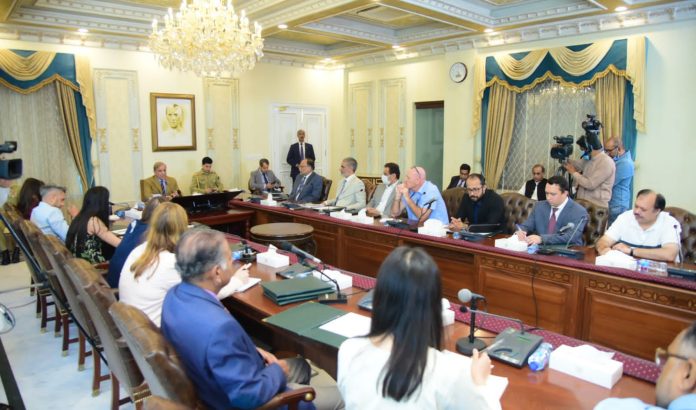 ISLAMABAD: Prime Minister Shehbaz Sharif on Tuesday urged the international community to extend maximum support for relief and rehabilitation of the flood-stricken people of Pakistan, assuring that every penny would be spent transparently.

The prime minister, in an interaction with the representatives of the foreign media, said, “I want to give my solemn pledge and solemn commitment” that every penny would be spent in a transparent manner.

“Every penny will reach the needy. There will be no wastage at all,” he assured the people of Pakistan as well as the donors.

He said the country was faced with the “worst” flood situation in its history that had killed over a thousand people including 300 children, injured thousands more, displaced more than a million people and killed above a million animals.

He recalled the international community’s generous support following the 2010 floods and expected a similar response in wake of the ongoing catastrophic situation.

He said thought the friendly countries had started sending relief supplies but “much more needed to be done” to overcome the situation. He said the UN Flash Appeal of $160 million and called for its multiplication to overcome the burgeoning needs.

The floods also washed away the standing crops, the prime minister said and sought the international community’s attention towards the current needs of the flood-hit population including potable water, tents, mosquito nets, and medical treatment.