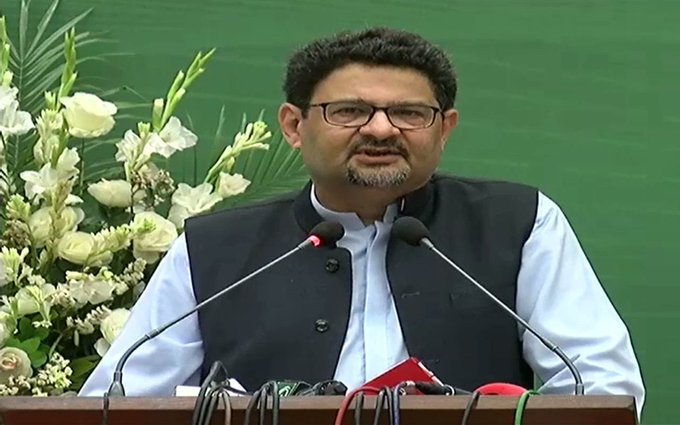 ISLAMABAD: Finance Minister Miftah Ismail castigated the PTI leadership after Shaukat Tarin allegedly asked Punjab and Khyber Pakhtunkhwa to withdraw from the International Monetary Fund’s (IMF) deal. The revelations came to the fore in an audio leak Monday where the ex-finance minister could be heard directing Punjab Finance Minister Mohsin Leghari and Khyber Pakhtunkhwa Finance Minister Taimur Khan Jhagra to cite recent floods as a core reason for withdrawing from the deal. The KP government — which is completely under PTI’s control — has already written the letter, but Punjab — which PTI rules in coalition with PML-Q — is yet to write it. In a press conference after the leaked audio surfaced, Mifath said at this time, Pakistan is drowning and the only hope after God is the international money lender. “Shaukat Tarin is the architect behind PTI’s move. Is Imran Khan so power-hungry that he will do anything to get back? Is Imran Khan bigger than Pakistan?” “Should we rename Pakistan to Bani Gala? Have they no shame? How can they stoop so low?” the finance minister questioned. Miftah said the KP finance minister had told him that he had not sent the letter — in which he pulled out from the IMF deal — to the lender. “Have some shame […] I verified it, the letter was sent to the IMF.”