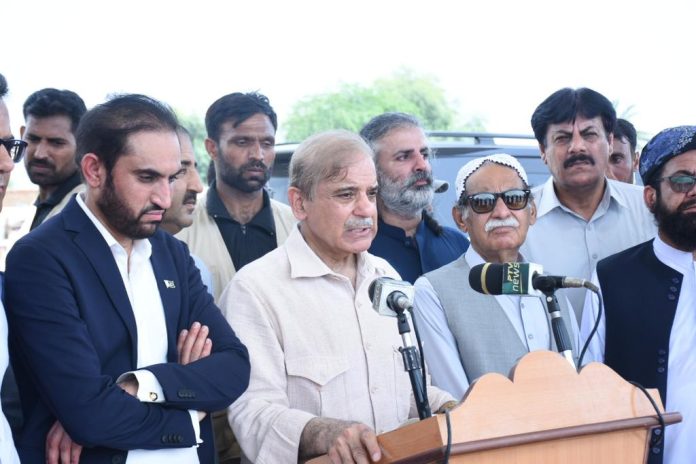 JAFFARABAD: Prime Minister Muhammad Shehbaz Sharif on Sunday announced a grant of Rs10 billion for Balochistan province to cope with the situation and assist the flood victims in the aftermath of recent heavy rainfall and floods.

Speaking to media after visiting the flood-affected areas including Haji Allah Dino village, the prime minister said that he had never witnessed in his lifetime such massive destruction wrecked by unprecedented floods and rainfalls across the country.

He stressed that they would have to work hard, and shed sweat and blood to overcome the flood situation in the country, adding that different countries had devised technical mechanisms by making investments to overcome the natural catastrophes.

The prime minister regretted that false statements by certain political figures could not mislead the nation. “I will speak the truth. For the last 73 years, Pakistan could not stand on its feet,” he regretted.