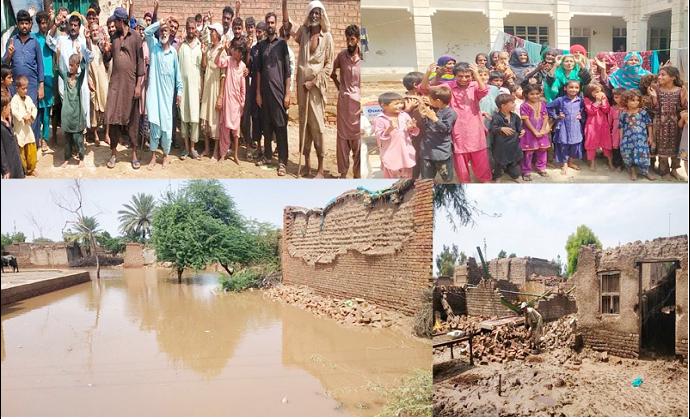 ISLAMABAD: Pakistan has urged the international community and philanthropists to help with relief efforts as it struggles to cope with the aftermath of torrential rains that triggered massive floods, killing more than 900 people. According to the United Nations Office for Coordination of Humanitarian Affairs (OCHA), heavy monsoon rainfall and floods have affected some 2.3 million people in Pakistan since mid-June, destroying at least 95,350 houses and damaging a further 224,100. Sindh in the southeast and Balochistan in the southwest are the two most affected provinces. More than 504,000 livestock have been killed, nearly all of them in Balochistan, while damage to nearly 3,000 km of roads and 129 bridges have impeded movement around flood-affected areas. July’s national rainfall was almost 200% above average, Sardar Sarfaraz, a senior official at the metrological office told Reuters on Wednesday, making it the wettest July since 1961. Climate Change Minister Sherry Rehman, in a Twitter post, revealed that over 900 people have died and thousands of people have been displaced due to floods, adding that a “humanitarian crisis” had arisen across the country. The main supply route from the port city of Karachi has been cut for more than a week after a bridge linking it to Balochistan was swept away, while dozens of small dams in the province were overwhelmed.