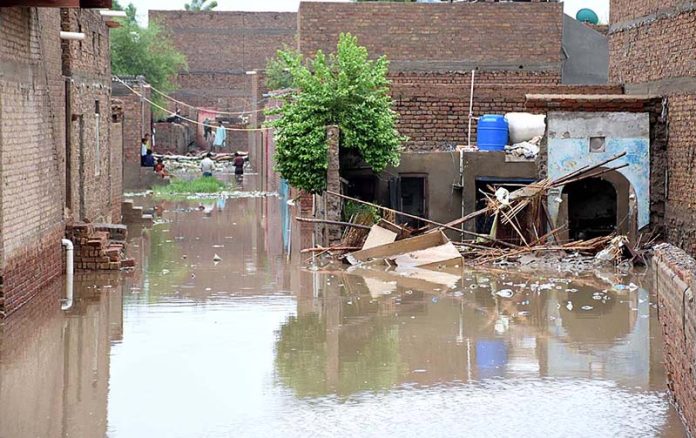 CHAMAN: A fresh rain spell has intensified problems for the people in Balochistan, leaving them with less or no food as flash flooding has cut off traffic between Karachi and Quetta, Geo News reported Wednesday. The Provincial Disaster Management Authority (PDMA) has said flooding may further aggravate in northeastern and central areas of the province. Several areas of the province, including Fort Munro, Dhana Sar, Sherani received lashing showers. It has been raining in Harnai, Shahrig and suburban hilly areas for several hours now. The high-level flash flood has cut off Harnai from the rest of the country. The weather system is causing rains in Dukki, Sanjavi, Mekhtar, Loralai as well. According to the PDMA, there are reports of landslide incidents in Fort Munro and Rakhni. The PDMA said traffic between Balochistan and Punjab is suspended for the eighth consecutive day in Fort Munro. Efforts are underway to clear the road with the help of heavy machinery, said the PDMA. Meanwhile, interprovincial traffic between Balochistan and Khyber Pakhtunkhwa is also suspended for the eighth day at Dhana Sar. Commissioner Kalat said there are reports of heavy downpours at many places, including Shah Noorani, Bela and the Quetta-Karachi Highway. The commissioner said two areas in the Lasbela district are experiencing flooding again. The government official said the lashing rains have suspended Quetta-Karachi traffic again and Makran is also cut off from Karachi. Passenger coaches coming from Karachi have been re-routed back to Kalat and Khuzdar, said the commissioner. Similarly, traffic coming from Karachi is being intercepted at Hub and sent back, he said.