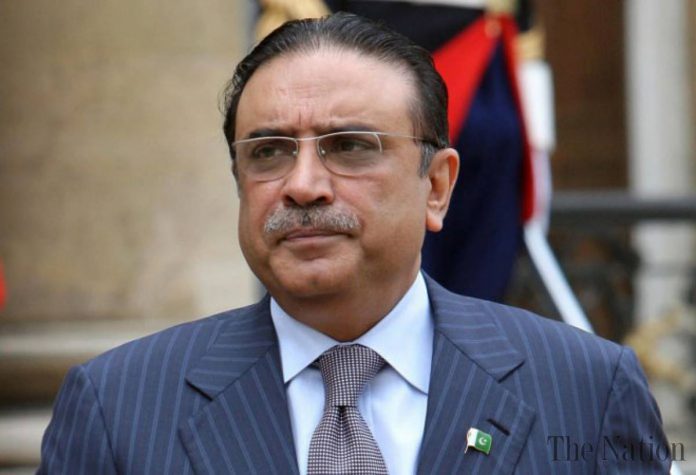 Former president and PPP leader Asif Ali Zardari urged on Tuesday the institutions and government to establish their writ as he took a jibe at PTI Chairman Imran Khan for criticising Pakistan’s armed forces, police and judiciary.

“The institutions and government will have to establish their writ or else the law, Constitution and institutions will keep falling pray to his [Imran Khan] demands,” a statement issued on Twitter stated.

In a meeting with Sindh ministers, Zardari was quoted as saying by the PPP said that the flood affectees in all four provinces are looking towards the government for help while the hunger for power is driving Imran Khan crazy day by day.

“This person is criticising our army every day and the same army’s officers and soldiers are fighting against terrorists and laying down their lives in two provinces. He threatens the army, police and then a female magistrate and challenges them to arrest him,” he said.