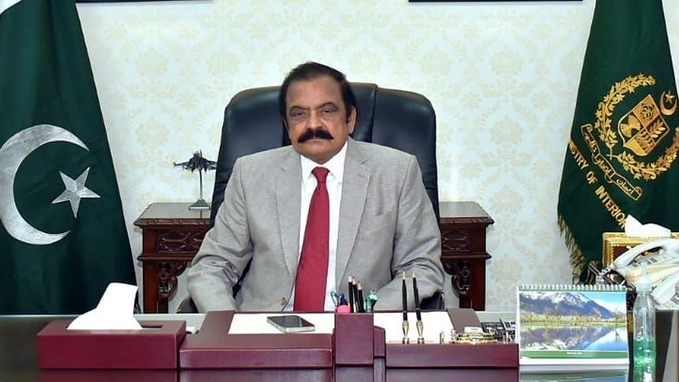 Imran Khan has committed ‘contempt of court’ and the government could take the decision of his arrest at any time, he said while talking to a private television channel.

Imran Khan has threatened a woman judge besides degrading martyrs of Lasbela helicopter crash, he regretted. The minister said that court would decide the matter of Imran Khan regarding contempt of the court.

In reply to a question about Shehbaz Gill, he said, the PTI leader had used social media to malign the heads of the national institutions.

He said that government will take action against the leaders of PTI including Shehbaz Gill after the forensic report.

Commenting on Punjab government, he said, there are hidden reports of wide rift between the MPs of Q-League and PTI.

To a question about registering cases against the PTI leaders, he said, we are filing the cases with evidences. He further stated that the cases with solid proof would be presented before the court.