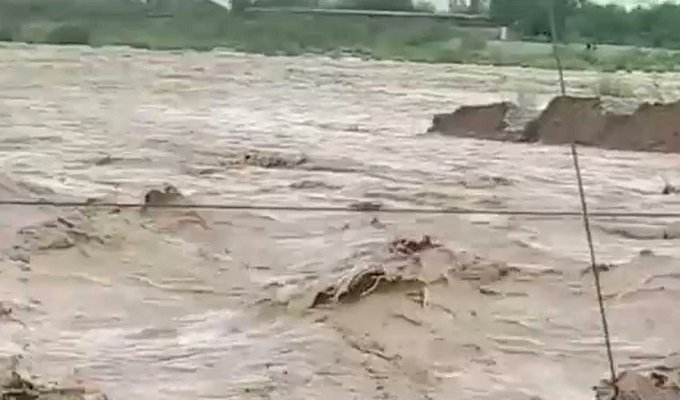 KARACHI:The provincial government on Monday announced to close schools in Balochistan as incessant rains continue to cause destruction, killing nine more people across the province. The total rain death toll in Balochistan has now climbed to 225 after the recent deaths. A notification issued by the Balochistan education department stated that all government and private educational institutes will remain closed from August 22 (today) to August 27. Dolangi Dam in Qilla Saifullah, two major bridges and several connecting roads including the cargo route near Bab-e-Dosti along the Pak-Afghan border in Chaman, were swept away from floods after continuous downpour in districts Qilla Abdulla, Pishin, Qilla Saifullah, Daki and Harnai.  The Balochistan-Punjab highway remained closed for traffic for the fifth consecutive day. Several other roads were also closed for traffic due to flooding. Meanwhile, numerous houses collapsed, Bostan area of Pishin was inundated and a first-degree flood flowed under the Bibi Nani bridge in Machh. Flood water entered the 220KV grid station in Dera Murad Jamali, causing a cut in power supply in the adjoining areas. More areas are expected to come under water as the National Disaster Management Authority (NDMA) has issued a fresh warning of flash floods in eastern parts of Balochistan, APP reported. According to the NDMA advisory, the Flood Forecasting Division has forecast moderate flash flooding in the rivers and nullahs of eastern Balochistan and subsequent heavy flooding during the next 24 hours. The advisory also forecast “medium to high-level flooding” in Kabul River at Nowshera and Indus River till today (Monday).