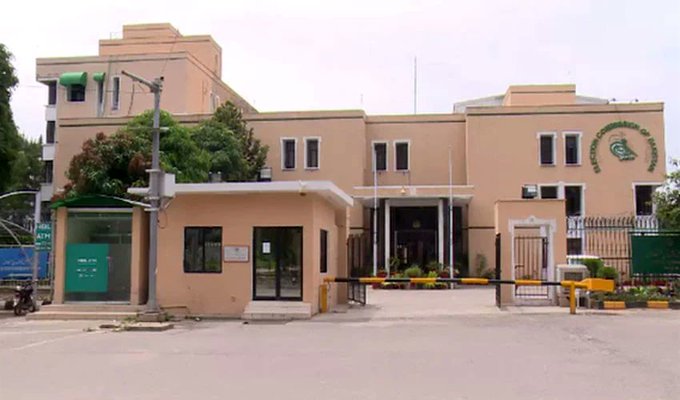 ISLAMABAD, : The Election Commission of Pakistan (ECP) on Friday issued contempt notices to PTI Chairman Imran Khan, Asad Umer and Fawad Chaudhry for passing inappropriate remarks and levelling allegations against the commission and its members.

The Pakistan Tehreek-e-Insaf (PTI) leaders had been directed to appear in person or through counsel before the commission on August 30, an ECP spokesperson said in a statement.

The ECP in its notices said Imran Khan used “insulting and indecent language” against Chief Election Commissioner Sikandar Sultan Raja in his rallies on July 12, 18, 21 & 27, and August 4 & 8.

He instigated the public against the CEC by using contemptuous language which was an “attempt to prejudice the process of forthcoming election which constitute a clear contempt of the commission”, the notices read.

“Therefore, in view of the above-mentioned remarks and acts, you are put on notice to appear in person or through counsel on August 30, 2022 at 10 a.m. before the Election Commission along with your written reply to explain your position, in Election Commission Secretariat, G5/2, Constitutional Avenue, Islamabad.”

Copies of the statement were also attached with the notices.