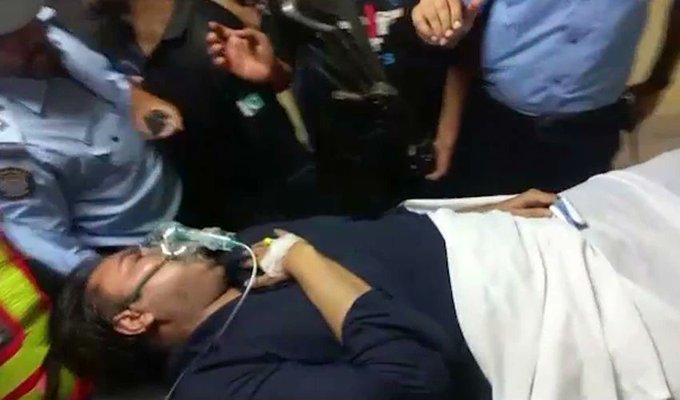 ISLAMABAD: Islamabad High Court (IHC) Thursday allowed PTI leader Shahbaz Gill’s lawyers to meet him at the facility where he is undergoing medical treatment. IHC Acting Chief Justice Amir Farooq presided over the case and allowed Gill’s lawyers to meet him after they were prohibited from meeting their client earlier in the morning. Yesterday, a district and sessions court ordered Gill — who has been behind bars since August 9 — into police custody for a further 48 hours. However, PTI challenged the case in IHC. Following the order of the remand’s extension, the PTI leader’s condition started to deteriorate and after hours-long drama, he was shifted to the Pakistan Institute Of Medical Sciences (PIMS) hospital from Adiala Jail. A four-member medical board also unanimously noted that Gill needs to be monitored further and assessed by cardiologists and pulmonologists. In its report, the medical board also said that Gill “is a known case of asthma since childhood and has been on inhaled bronchodilators when required, now presented with shortness of breath, body aches, including left shoulder, back, neck, fight gluteal region and left-sided chest pain”.During the proceedings, Inspector-General Islamabad Police Akbar Nasir Khan rejected the allegations that the PTI leader was tortured in police custody. “What happened when Shahbaz Gill’s medical examination was conducted at PIMS hospital?” Justice Farooq asked. At this, IGP Khan said that the medical reports showed that the PTI leader had difficulty breathing. Advocate General Islamabad Barrister Jahangir Jadoon, who was present at the IHC hearing to assist the court, also noted that Gill had initially refused to undergo a medical examination.