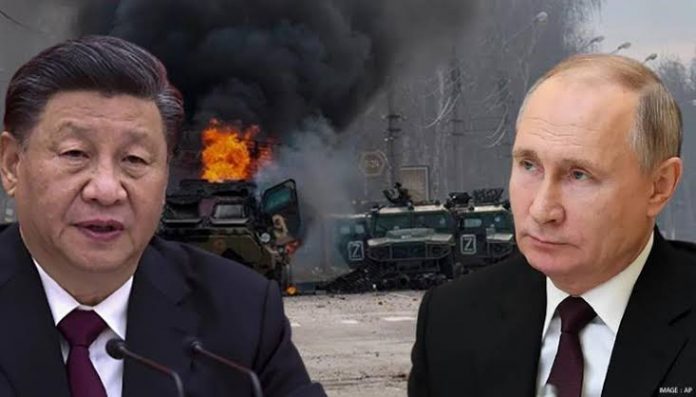 To cut Xinjiang off the global industrial chain, the U.S. has enforced the so-called Uyghur Forced Labor Prevention Act (UFLPA) and slapped sanctions on businesses and individuals in China’s Xinjiang Uygur autonomous region.

The U.S. act has not only tramples on international trade rules and hurts the interests of Xinjiang enterprises, but also shows neglect of economic and development rules and seriously damages the stability of the global industrial and supply chains.

In recent years, the U.S. has been obsessed with decoupling with China and severing its supply chains, trying to contain China’s economic development. Therefore, Xinjiang, which possesses an important position in the global supply and industrial chains, is a main target for the U.S.

Besides, Xinjiang is home to China’s largest wind turbine producer which contributes 13 percent to the global wind-turbine output.

Recently, the polysilicon price has been on a constant rise and hit a new high since 2011. The U.S. crackdown on Xinjiang’s industries has made the supply chains of the global photovoltaic industry vulnerable, substantially impeding global cooperation and development of the industry.

The hegemonic unilateral practice of the U.S. hurts others without benefiting itself. According to the U.S. side, it relies on China for 85 percent of its solar panel production, and Xinjiang is the hub of the relevant supply chains of the U.S. Taking Xinjiang as a tool to contain China, the U.S. will also hurt its own photovoltaic industry. An insider from the U.S. said the sanctions have prominently restrained the imports of photovoltaic components, which forced relevant enterprises to restrict and even halt production and suspend shipments, and limited the recent development of the American photovoltaic industry.

An American media outlet noted the sanctions would make the U.S. shoot itself in the foot and affect the U.S. government from reaching its renewable energy goals.

Craig Allen, president of the U.S.-China Business Council, said the enforcement of the so-called UFLPA would “create significant uncertainty and further snarl already stressed supply chains and contribute to inflation.”

Seeing the obvious facts and uncertain business prospects, more and more enterprises are saying no to the U.S. government. The head of an American industrial association said China is doing great in all aspects especially in supplying the U.S. retail fashion market, so the U.S. can’t stop China. A Japanese clothing brand stated that it would not boycott the cotton produced in Xinjiang. A German carmaker has reiterated that the so-called “forced labor” has never existed in its factory in Xinjiang.

Xinjiang has white cotton and clean solar energy, but the U.S. has dark and evil intentions. As the tensions still exist in the global industrial and supply chains, the U.S. attempts to force decoupling and disturb the normal supply of products in Xinjiang will only hinder global recovery.

What the U.S. does cannot stop the people of all ethnic groups in Xinjiang from pursuing a better life, nor can it encumber the historical trend of China’s development. It will only make the U.S. a stumbling block to global progress.