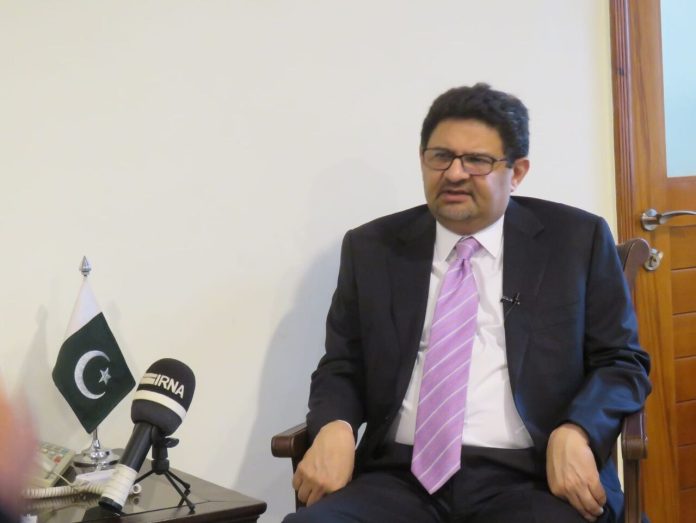 ISLAMABAD: Federal Minister for Finance and Revenue Miftah Ismail Wednesday welcoming Pak-Iran cooperation in energy and trade sectors, said the government was determined to strengthen ties with the Islamic republic in all areas.

Miftah Ismail, in an exclusive interview with Islamic Republic News Agency (IRNA) ahead of the Joint Economic Commission (JEC) meeting scheduled to start here today, said the Pakistan government under Prime Minister Shehbaz Sharif was ready to enhance relations with Iran in all sectors, especially the bilateral trade.

The previous government, he said, had proposed to increase the bilateral trade volume upto $500 million or euros by trading in local currencies. He had asked the State Bank of Pakistan governor to talk with his Iranian counterpart as early as possible to materialize the proposal, the minister added.

Miftah Ismail suggested for more travel routes to facilitate trade between the two countries. He stressed on provision of more facilities for passengers in Balochistan as enhanced people-to-people exchange would definitely help promote trade.

The minister said Pakistan was in dire need of gas and energy that could be easily fulfilled by Iran. The Pakistani government had already taken a major step of increased import of electricity from Iran.

“Our minister Khurram Dastegir traveled to Iran to enhance electricity imports from Iran, which is a positive development.”

He said the gas pipeline project was quite tricky as it came under sanctions soon after it was signed. Though the sanctions were lifted after a nuclear agreement between Iran and the P5+1 in 2015, but the United States unilaterally walked away from the agreement and again imposed sanctions on Iran.

“Our petroleum minister Dr Musadik Malik is trying to import gas and the Iranian option in this regard is still on the table,” he stated.

Miftah Ismail regretted that the volume of Pak-Iran bilateral trade was quite low, despite the fact that both shared a common border and could trade through a barter mechanism or cash.

He said the two countries had strong brotherly and friendly relations. Their trade ties, however, were not strong as compared to the cultural, political and religious relations, he regretted.

“Iran produces lots of things which Pakistan buys or could buy and vice-versa. The one major agenda of the upcoming meeting of the Joint Economic Commission would be to enhance the bilateral trade between the two friendly countries.”

The minister said the main hurdle in the bilateral trade was the currency and the lack of banking relations. “We cannot open LCs (letters of credit) in US dollar in trade with Iran and this is a major difficulty.

“Now there is a mechanism that the central banks’ governors have figured out and in the JEC meeting this mechanism would be formalized to ease the trade.”

He said Pak-Iran trade should be doubled after two years, suggesting resumption of banking channel for payments could help achieve the target.

“Pakistani banks are not under any pressure and we can do trade with Iran in local currency,” he remarked.

Miftah Ismail said Iran was one of the world’s biggest exporters of energy, which could also fulfill China’s energy needs through Pakistan.

“We think that Iran should become a part of China-Pakistan Economic Corridor (CPEC) project. We welcome Iranian investment in Gwadar or any other energy projects under CPEC,” the minister observed.

Pakistan, he said, would take every measure to remove any hurdle in trade with Iran. It had opened border markets as Balochistan’s trade was largely linked with Iran and Afghanistan.

“There are many markets in Quetta which export Pakistani goods to Iran and Afghanistan. All countries do trade with neighbours and there is nothing new in it. It is easier to trade with Iran for a person living in Pishin district of Balochistan than to trade with Karachi.”

He suggested that there should be trade between border towns of Iran and Pakistan. He admitted a lot of unregistered trade between the two countries, saying Iranian products could be seen in Pakistan’s local markets, especially in Karachi.

“There is no harm if this trade is formalized, as countries normally prefer to the trade with neighbours first. I look forward to the day when there is more trade between Iran and Pakistan,” the minister concluded.