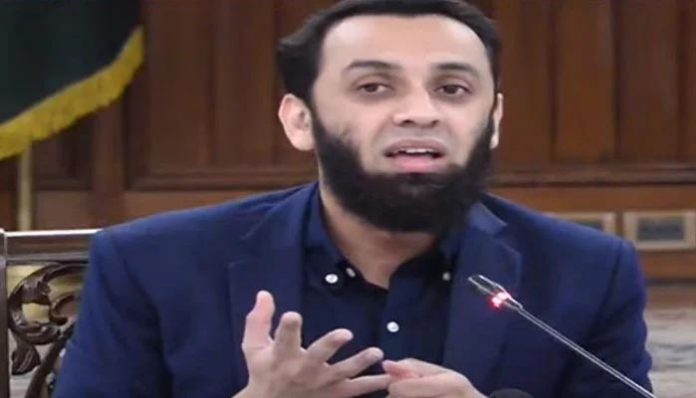 ISLAMABAD: Special Assistant to the Prime Minister Attaullah Tarar on Monday said the ‘politics of hatred and anarchy’ could not be allowed in the country and the law enforcement agencies would fulfill their responsibilities in that regard and take action against its perpetrators. Addressing a press conference here, Tarar said those creating chaos were at the same time making a hue and cry in order to escape from the long arm of the law, but they would not be spared. The government would ensure full protection to the lives and properties of citizens. He said those who had set the green belt and metro stations in Islamabad on fire, killed a policeman Kamal, broken the parliament’s gate, tortured SSP Asmatullah Junejo and attacked the PTV building, would no more be let scot free. They would face the music as the law would take its due course. The SAPM said the leaders of both Pakistan Muslim League-Nawaz (PML-N) and Pakistan Peoples Party (PPP) were victimized during the government of Imran Khan Niazi as many of them remained in the custody of National Accountability Bureau (NAB) on 90-day remand in different cases. Imran Khan used to send any of rivals behind the bars at his will, however, “we never tried to incite the people to revolt against him”, he added. A daughter (Maryam Nawaz) was arrested when she went to visit her father in jail, he recalled. The PML-N leaders and capable bureaucrats like Ahad Cheema had to face hardships in barracks, Tarar added.The SAPM said Imran Khan as prime minister had no botheration about the ‘sinking economy’, but he was keen that his jailed opponents should not get the facility of fans (in hot weather) or they had to sleep on floor without blankets (in cold weather). He said many politicians had to face difficulties in the past, but they never tried to promote anti-state narratives. “Now one of your (Imran Khan) men has spoken against the institutions, and there is need for his further physical remand for investigation to know as who else was involved with him in the conspiracy,” he added. He said Imran Khan had not disassociated himself from Shehbaz Gill’s statement or denotified him as his chief of staff. Gill had a green card, which was valid upto 2025, while he had been getting salary in dollars from a university in the United States.