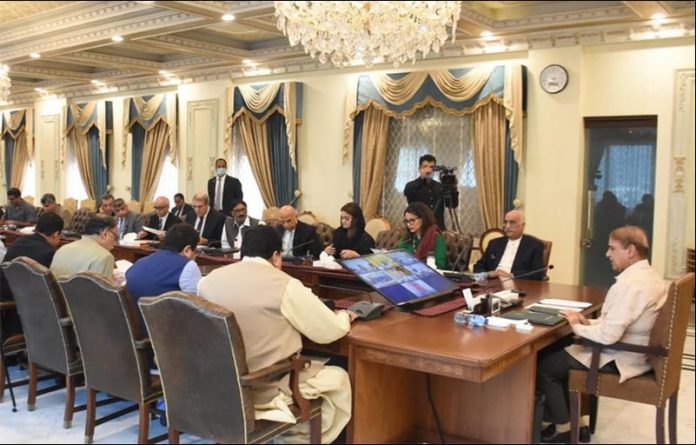 ISLAMABAD: PM Shehbaz, in the latest blog written for The Economist, cited three critical structural flaws in the country and said that “no successful country has ever grown this way,” PM Shehbaz writes. Pakistan in its adolescence, in the 1960s, brimmed with hope and promise as the country had a date with destiny, the premier stated. He added that the nation was widely thought ready to “become the next Asian tiger”. However, in 2022, Pakistan found itself mired in its latest economic crisis. According to the publication, the PM wrote: “This one [latest economic crisis] is born out of the most challenging global policy environment of our lifetime, characterised by a commodity supercycle, historic monetary tightening at America’s Federal Reserve and a conflict in Europe that is tearing apart the post-war global order. “But it also stems from home-grown weaknesses: weaknesses that have been left unaddressed for the better part of five decades; weaknesses that have forced us to approach the International Monetary Fund (IMF) multiple times during that time. This is not how successful nations are built.” PM Shehbaz then cited three critical structural flaws that stand out in the country. “These have prevented economic take-off, stunted our growth and led to repeated boom-bust cycles since the late 1980s,” he said. “First, our political environment has become increasingly polarised. Instead of debating how to run Pakistan better and rid the country of poverty, political parties have been at each other’s throats,” the premier wrote. “Second, we have not invested enough in the nuts and bolts of development: education, health and infrastructure.This is in part due to an abysmally low tax take, but it also reflects our priorities in public spending, some of which can be attributed to the complicated neighbourhood we live in, including a long-standing adversarial relationship with India, Russian and then the American invasion of Afghanistan and the influx of millions of refugees into Pakistan. “Third, we have turned inwards in a way that has prevented us from reaping the benefits of globalisation through the free exchange of people, goods, capital and ideas. Our ability to make ― and keep ― friends on the international stage has significantly weakened over time.” The premier lamented that Pakistan hardly makes anything according to the demands of the world as the local companies remain very comfortable operating within the borders.