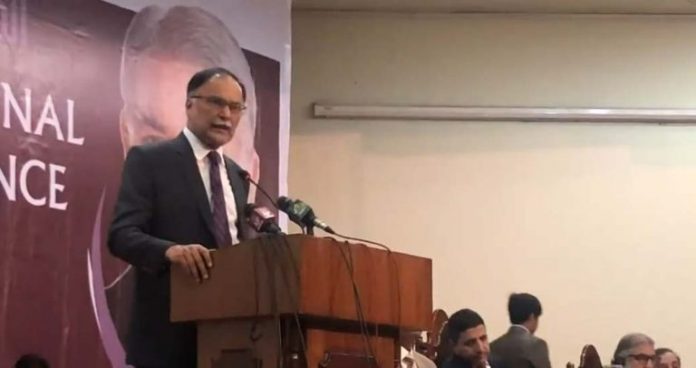 ISLAMABAD: Federal Minister for Planning and Reforms Ahsan Iqbal on Friday said the coalition government had no such policy of political victimization and registering cases against opponents; otherwise all the PTI leadership would have been in jails.

Talking to a private news channel, he said the government would not allow to create chaos and anarchy in the country and all resources would be utilized to ensure rule of law.

He rejected the allegations that Shahbaz Gill was tortured when he was given into police custody on physical remand. “These are all lies, and ‘drama’ staged by the PTI leadership.”

In the PTI tenure, the political opponents were sent to jails on judicial remand for not less than two weeks and delayed tactics were being employed to defer bail applications for months, he claimed.

Ahsan Iqbal said Shahbaz Gill did not commit a minor criminal infraction, rather, he committed a serious criminal incitement with the intention to provoke rebellion.