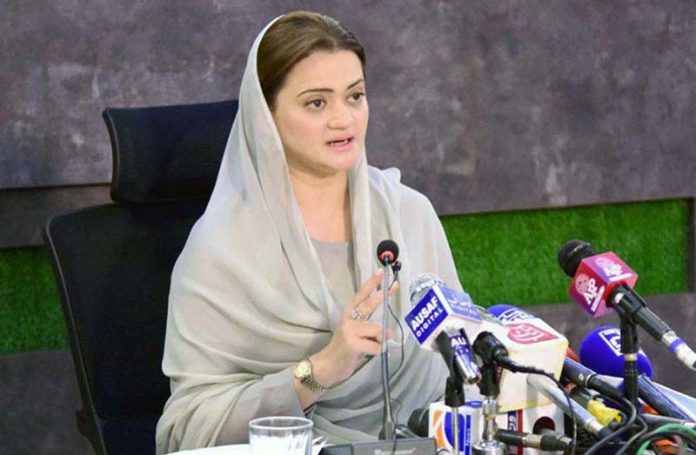 ISLAMABAD: Minister for Information and Broadcasting Marriyum Aurangzeb said on Thursday that the national anthem had been re-recorded and Prime Minister Shehbaz Sharif would unveil it on August 14 at the national flag hoisting ceremony.

Delivering her speech as chief guest at the opening ceremony of Digital Photography Exhibition organised by Directorate of Electronic Media and Publications (DEMP) on the occasion of 75th Independence Day of Pakistan, she said that the event was being celebrated fervently and achievements of national heroes were being highlighted and culture and heritage being promoted.

She said that the entire Pakistani nation was excited and the event was being celebrated with great fervour and enthusiasm and multiple events had been scheduled by the Ministry of Information and Broadcasting on the instructions of the prime minister.

The minister said that the national anthem had been re-recorded and its promo would be released today.

The national anthem, she said, was recorded for the first time in 1954, after that it was updated regularly.

Marriyum said that artists from all over Pakistan had sung the national anthem together as its re-recording process had started in 2017.

“We have been working on it for the last four months”, she said, adding the ministry was proud of this project.

The coffee table book had been linked to the QR code, which could be viewed by scanning the QR code through the mobile phone, she remarked.

The minister advised the viewers to watch Pakistan Television these days as various series were being presented on the national channel under the name of ‘Pakistan Kahani.’

All these stories were being presented on Radio Pakistan and PTV for children and youth in which the sacrifices made for the establishment of Pakistan had been highlighted.

Moreover, she said that daily activities regarding Pakistan’s 75th anniversary were being telecast on PTV.

In the seventy-five years celebrations, achievements related to technology, mass transit, connectivity, and Pakistan as a nuclear power were being highlighted, she maintained.

She said that a campaign was also going on the social media regarding Pakistan’s 75-year celebrations.

“We are highlighting these activities related to the development of the country every day,” she said.

The minister congratulated the Directorate of Electronic Media and Publications for organizing the digital photo exhibition.