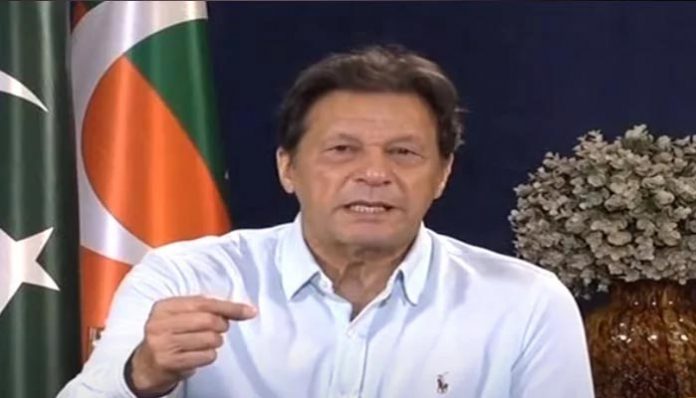 ISLAMABAD: A reference filed at the Election Commission of Pakistan against PTI Chairman Imran Khan in relation to the Toshakhana controversy has revealed that the former premier took most of the items from the treasure house “free of cost” during his tenure. The reference, filed on behalf of the Pakistan Democratic Movement (PDM),  claimed that Khan, in accordance with the law, paid for only some of the items and took them home, but most of the items were taken from the Toshakhana without a payment.  Under the country’s law, whenever a head of state receives a gift from another state or country, they have to deposit it into the Toshakhana. If they wish to keep the gift, they have to pay an amount equal to its value which is decided through an auction. These gifts either remain deposited in the Toshakhana or can be auctioned and the money acquired through it is to be deposited into the national treasury.  In the reference, it is alleged that Khan did not disclose the gifts he took and concealed the information in his statements.  Back in April, Prime Minister Shehbaz revealed that in “violation of the law”, Khan sold Toshakhana gifts — comprising diamond jewellery sets, bracelets and wrist watches — worth Rs140m in Dubai. The Election Commission issued a notice to Khan in a reference filed by PDM and summoned him for a hearing on August 18.   Aside from that, PML-N leader Mohsin Shahnawaz Ranjha filed a separate reference against Khan at the ECP seeking his disqualification as a member of the National Assembly.  In this regard, the ECP issued a notice to Khan and summoned him on August 24.