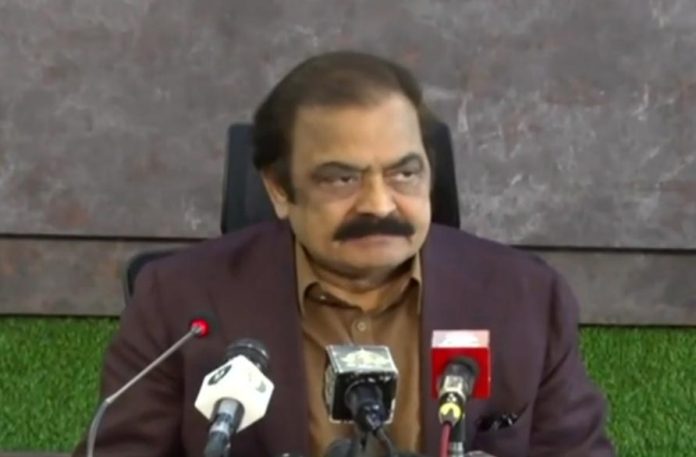 ISLAMABAD: Lashing out at the PTI, Interior Minister Rana Sanaullah on Sunday claimed that Imran Khan will suffer defeat during the upcoming by-elections in all the nine National Assembly constituencies that fell vacant after the NA speaker accepted the resignations of the concerned PTI MNAs. Terming PTI’s back-to-back public gatherings across the country “political stunts”, Rana Sanaullah said that Imran Khan was trying to divert attention from his theft. It is pertinent to mention here that the PTI is preparing to stage a ‘grand power show’ at Islamabad’s Parade Ground to decide its strategy with party supporters on the eve of Independence Day. In a statement, the interior minister said that the PTI is allowed to stage a public gathering at the Parade Ground, adding that it will be a political stunt. “Whoever will not cooperate with the FIA relating to an inquiry into the prohibited funding case [against PTI] will be arrested,” warned the interior minister. Without giving an exact time frame, Sanaullah maintained that PML-N supremo Nawaz Sharif will return to his homeland ahead of the next general elections. Reacting to Sanaullah’s statement, PTI leader Fawad Chaudhry advised the interior minister to be careful while giving remarks about party leadership. “Your value is not more than an SHO of the Kohsar police station,” the PTI leader told the interior minister as the ruling PML-N has no government in any province of the country. Fawad Chaudhry also warned the interior minister of the consequences of his statements. Taking a jab at the interior minister, the PTI leader said that Sanaullah did not visit Faisalabad since PML-N lost its government in Punjab.