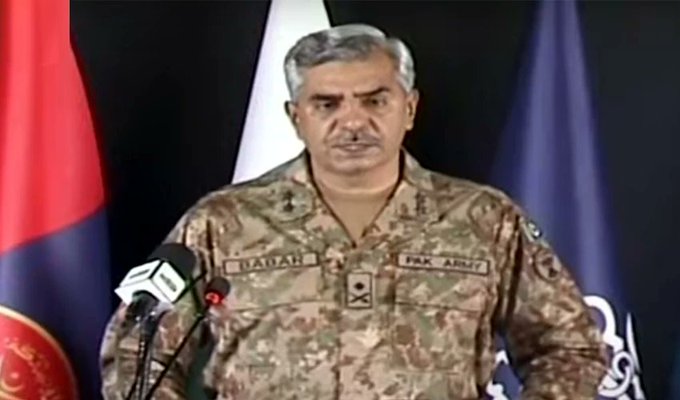 ISLABAMAD: The Director-General of Inter-Services Public Relations Major General Babar Iftikhar Friday commented on rumours concerning the use of Pakistan’s air space in the drone strike that killed al-Qaeda leader Ayman Al-Zawahiri and said that there was “no question on the use of the Pakistani soil in Zawahiri’s killing. “The Foreign Ministry has issued a clear statement regarding Ayman Al-Zawahiri. It is impossible that Pakistan’s soil has been used for this,” he said, adding that irrelevant comments are made without any evidence. Condemning the negative propaganda on social media which took off after the helicopter crash, the director-general said: “We have been distressed since the accident on August 1. The propaganda has caused immense pain, particularly to the families of the martyrs.” Emphasising that this should not happen, General Babar said that elements spreading negative propaganda and rumours should be rejected. “Insensitive behaviour is unacceptable and should be condemned on every platform,” he asserted, adding that the Pakistan Army is grateful for the nation which stands by them and the martyrs. Commenting on three years since India’s abrogated Article 370 ending Illegally Occupied Jammu & Kashmir’s special autonomous status, the DG ISPR said, Pakistan Army stands with the people of Kashmir.