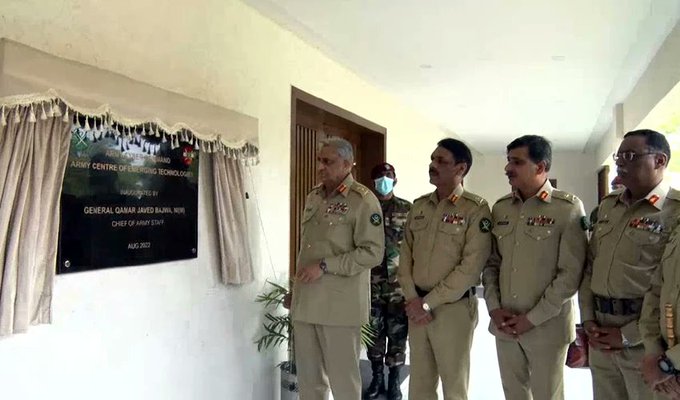 RAWALPINDI: Chief of Army Staff (COAS) General Qamar Javed Bajwa remarked on Friday that “firepower and cyber” warfare will be the “mainstay of future war”, urging the “need to enhance” Pakistan’s capability and capacity in these domains. According to a statement by the Inter-Services Public Relations (ISPR), Gen Bajwa visited the newly raised Army Cyber Command and visited the cyber division and Army Center of Emerging Technologies. The two units are the main components of the Army Cyber Command. “Nature and character of warfare is changing. Firepower and cyber have emerged as the mainstay of future war and we need to enhance our capability and capacity in these domains. The newly raised Cyber Command shall progressively be linked to Tri-Services level and will also form part of national cyber initiatives to have synergy at national level,” the army chief was quoted by the military’s media wing.Earlier upon arrival, Gen Bajwa was received by Commander Army Cyber Command Lieutenant General Asif Ghafoor. Lieutenant General Sahir Shamshad Mirza, Lieutenant General Azhar Abbas and other senior army officers were also present during the visit.