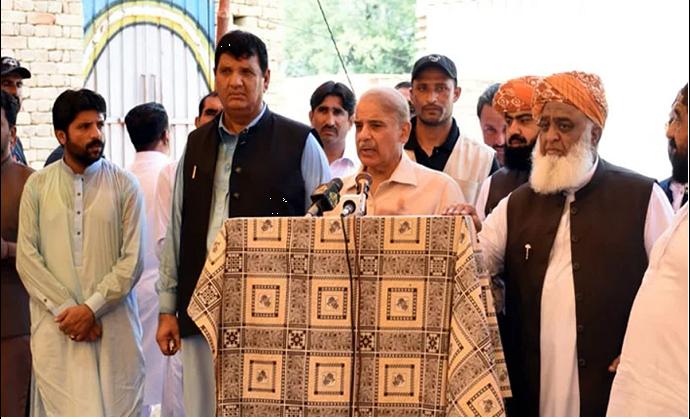 PESHAWAR: Prime Minister Shehbaz Sharif questioned on Thursday the kind of independence enjoyed by Pakistan when the nation is “economically enslaved” by the International Monetary Fund (IMF). Pakistan’s political crisis, depleting foreign reserves, delay in the IMF’s loan disbursement, and rupee devaluation have had a hard-hitting impact on the economy, and the country is seeking financial assistance on an emergency basis. “What have we done since our independence in the last 75 years when we are economically enslaved by the IMF?” he questioned while speaking to journalists during a visit to the flood affectees in Peshawar. The prime minister said that the coalition government would take decisions that would steer the country out of every crisis — as they face uphill tasks on several fronts. Pakistan reached a staff-level agreement with the IMF last month followed by months of deeply unpopular belt-tightening by the government, which took power in April and has effectively eliminated fuel and power subsidies and introduced new measures to broaden the tax base. The new government has slashed a raft of subsidies to meet the demands of global financial institutions, but risks the wrath of an electorate already struggling under the weight of double-digit inflation.