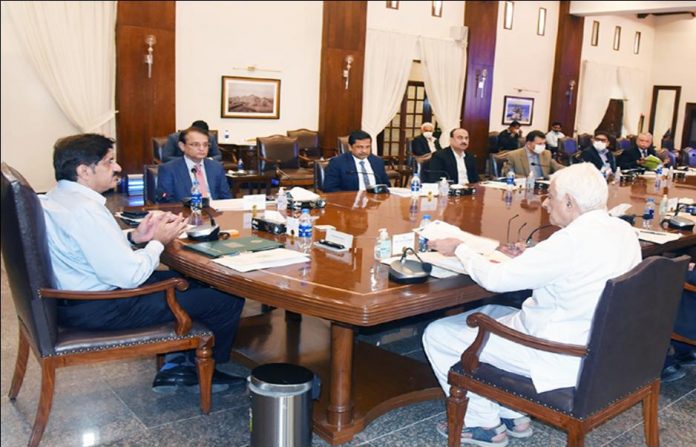 KARACHI: Sindh Chief Minister Syed Murad Ali Shah has said that the Thar Coal Block-I affected people (PAPs) would be settled properly by establishing their colonies to be equipped with all the facilities. “The Shanghai Group working in Block-I should expedite construction of the residential colony so that affected people could be shifted there.” This he said while talking to the delegation of Shanghai Electric Group led by its President Mr Liu Ping here at CM House. The delegation members include Deputy President Mr. Yi Xianrong, Chairman Block-1 Power Generation Co. Mr. Meng Donghai and others. The CM was assisted by Energy Minister Imtiaz Shaikh. Energy Minister Imtiaz Shaikh briefing the chief minister said that two villages have been affected with the start of work in Block-I. He added that the project has affected around families. At this the chief minister said that his government would provide them well planned and built houses in a colony. Imtiaz Shaikh told the chief minister that the Shanghai Group has paid 50 percent payment for construction of the houses for the affected people. He added that as the work would progress the company would pay the remaining 50 percent amount. At this the CM directed Mr Shaikh to ensure construction of the houses as per requirement of the area. “The colony of the affected people of Block-I should be provided all the facilities such as water, electricity, roads, greenery/tree plantation, community halls, separate for Hindu and Muslims, school and dispensary. President Shanghai Group Mr Liu Ping told the chief minister that the land acquisition has not been completed. At this Minister Energy said that most of the land acquisition matters have been solved and only 660-acre of Naqboli land is pending due to some issue.