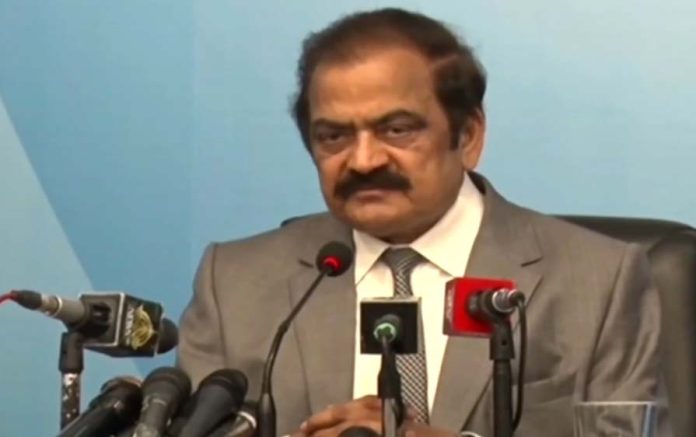 ISLAMABAD: Minister for Interior Rana Sanaullah on Wednesday said no institution sans the parliament had the powers to amend and rewrite the Constitution. “We will not only fully protect this power of the parliament at all costs but also not allow any other institution to amend or rewrite the Constitution,” he said while addressing a press conference. Ruling out the impression of any attempt to curtail the powers of judiciary, the minister said an “independent, impartial and unbiased” judiciary was the basic need of every society and no country could make progress without it. It was also imperative for all citizens to respect the judiciary, he added. Rana Sanaullah claimed that the apex court’s verdict in the Punjab Assembly deputy speaker’s ruling on the chief minister’s election had further worsened the political situation. The political instability was creating economic instability in the country with depreciation of rupee against dollar, growing inflation and plunging of stock market, he added. Hamza Shehbaz, he said, was elected as Punjab’s chief minister after 197 members of the provincial assembly voted in his favour. However, 25 of them were deseated on account of party defection under the court decision with the direction that their votes would also not be counted. He said a complete procedure in that regard was mentioned in Article 63-A of the Constitution. If any assembly member would poll their vote against the party’s direction, it would be counted and the Supreme Court had also given its observation in that regard. Referring to the “current interpretation of Article 63-A” by the Supreme Court, he said many lawyers were of the opinion that “it amounts to re-writing of the Constitution”.