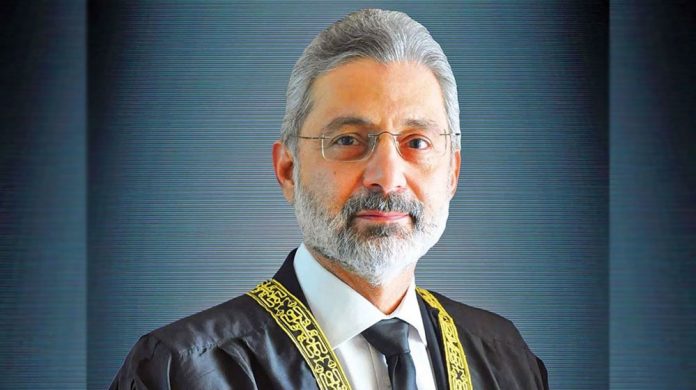 ISLAMABAD: The federal cabinet Wednesday approved the withdrawal of the curative review petition against a top court order in the Justice Qazi Faez Isa case. After the cabinet meeting, which was held under the chair of Prime Minister Shehbaz Sharif, Interior Minister Rana Sanaullah said there was no precedent for the curative review filed against Justice Isa, adding that “it was only filed to keep” the judge “under pressure”. “Justice Isa is a reputable judge and goons like [former adviser to then prime minister Imran Khan on accountability] Shahzad Akbar treated him unfairly,” he said. The interior minister mentioned that a sub-committee has been formed to take action against all those who made “false references” against Justice Isa. He added that the sub-committee has been asked to submit a report in this regard. Sanaullah told the journalists that the law secretary informed the members of the federal cabinet that no prior approval was taken before the submission of the reference.  “This ruckus was created by Shahzad Akbar and the then law minister,” he added.