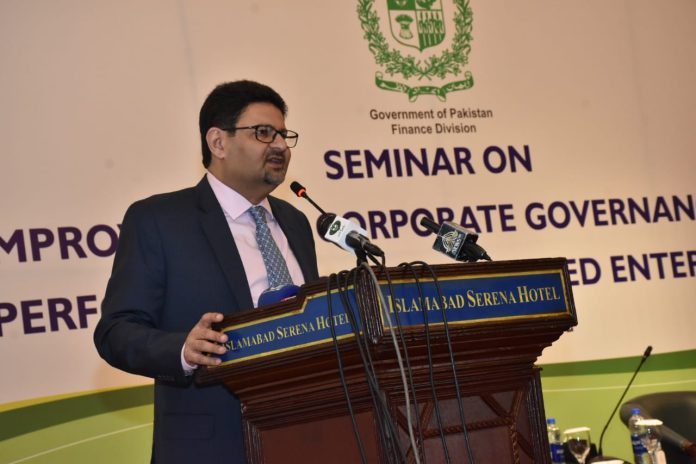 ISLAMABAD: Minister for Finance and Revenue Miftah Ismail Wednesday said better laws and good governance were the only ways to expedite the privatization process in Pakistan. “There are two basic things we need to work on, that is to come up with better laws and better ways to privatize State Owned Enterprises (SOEs), and to improve their governance,” he said while addressing a seminar on SOEs reforms organized by the ministry of finance here. He said some SOEs such as Roosevelt Hotel had been part of the active privatization list for decades but could not be materialize due to the inefficient privatization laws. He said generally the management of the SOEs was professional but the poor laws were the main obstacle which actually governed these enterprises. He said the country’s top profit making SOEs such as Sui Southern Gas Company (SSNGL), Pakistan International Airlines (PIA), Oil and Gas Development Company (OGDCL), and the power distribution companies were yielding outstanding performance but their performance slowed down and many of them were incurring losses now. In its July 2022 Report on Pakistan, the International Monetary Fund (IMF) highlighted the need to reform the country’s SOEs as a key reform priority and the identified some of the activities to be done by the Pakistan government. The activities included initiating the privatization of selected SOEs, increasing SOE transparency through new audits, triage of SOEs, and enhancing the SOE legal framework through a new SOE law. The Ministry of finance initiated consultation with all the line ministries in this regard, the SOE triage was developed with support from World Bank .

and Asian Development Bank, and the audit of SOEs was also carried out and the findings were also shared with the IMF. Earlier, in her opening remarks, Minister of State for Finance Ayesha Ghous Pasha informed that the SOE draft and SOE policy was developed with support of ADB to monitor and report on the financial and non-financial performance of Pakistan’s SOEs, thereby strengthening transparency and accountability.