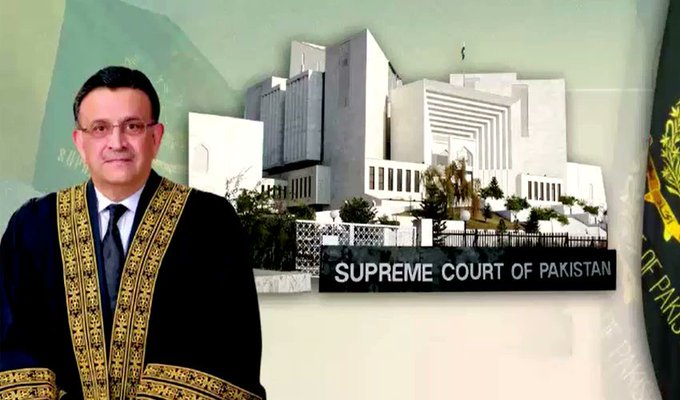 ISLAMABAD: The Supreme Court on Tuesday turned down the ruling of Punjab Assembly deputy speaker in the chief minister’s re-election case. A three-member SC bench comprising Chief Justice of Pakistan Umar Ata Bandial, Justice Ijaz Ul Ahsan and Justice Munib Akhtar announced the decision, which was reserved earlier today. According to the verdict, Chaudhary Pervez Elahi would now take over the position of chief minister as Hamza Shehbaz lost his status of trustee chief minister. The court, in its short order, also declared all the appointments made by Hamza Shehbaz as illegal and directed his cabinet members to vacate their offices. The 11-page order authored by the CJP stated: “The office shall immediately communicate/ transmit a copy of this order to the Governor Punjab, Deputy Speaker, Provincial Assembly of Punjab, Lahore as well as Chief Secretary, Punjab for implementation and compliance of the same. “All acts, deeds and things lawfully done or purported to be done by Deputy Speaker and or any Member of the Provincial Cabinet in accordance with the Constitution and the law under colour of office are hereby saved and protected under the de facto doctrine subject to all just and legal exceptions and such review, modification, reversal or withdrawal as may be deemed appropriate by the incoming Chief Minister, Punjab and any member of the Cabinet or other officer appointed by him in accordance with law.”