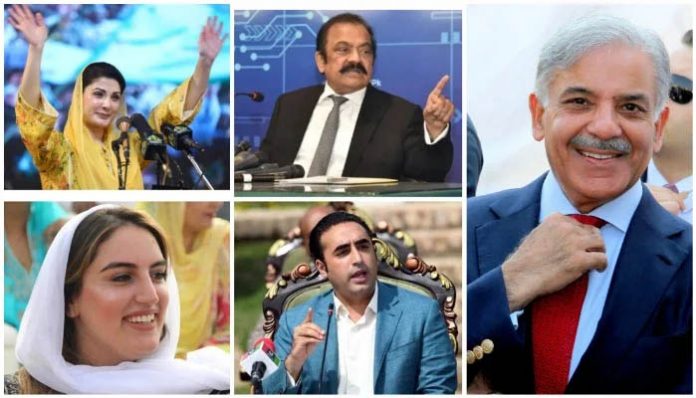 ISLAMABAD: Following an end to Friday’s dramatic Punjab Assembly session which retained Hamza Shahbaz as the chief minister of Punjab, Prime Minister Shehbaz Sharif thanked Allah for the party’s victory today. “His [Chaudhry Shujaat’s] role today is the victory of democracy and constitutional values and I pay tribute to him for his contributions,” he wrote on Twitter, adding that former president Asif Ali Zardari has also played a “historic role” in his political maturity as he pulled the country out of the crisis. The premier also thanked all coalition parties and their respected leaders for the political insight, unity, and support due to which the “democracy won.” PML-N Vice President Maryam Nawaz accused PTI Chairman Imran Khan of creating rifts between the Chaudhry family. Taking to her Twitter, Maryam said that Khan stole the speakership and the seat of Pervez Elahi because of his willingness to come into power. “Shujaat took a principled decision despite the pressure and increased his respect and dignity,” she added. Following Hamza’s victory, Foreign Minister Bilawal Bhutto-Zardari took to his Twitter account and praised his father, saying, “Ek Zardari sab pe bhaari.” Meanwhile, Bilalwal’s sister Bakhtawar Bhutto-Zardari said that the PTI fought to take away individual right to vote and celebrated the Supreme Court’s decision that individuals must follow the party head.  “Cannot go against party head vote. PTI celebrated this decision. What you reap you sow so sit down, watch your mouth and take notes,” she wrote on Twitter.