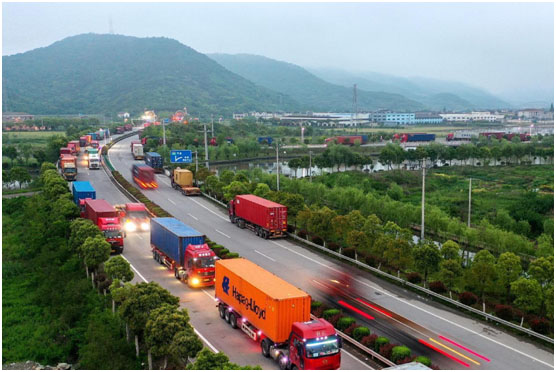 As the restructuring of the global supply chain is picking up pace under the impacts of multiple factors, China is gaining an edge for its complete industrial chain in the manufacturing sector.

The actual use of foreign capital by Chinese high-tech manufacturers maintained rapid growth. In particular, the absorption of foreign investment in the manufacture of special equipment for the electronic industry and the manufacture of universal instruments in 2021 surged twofold and 64.9 percent, respectively, from a year ago.

The constantly optimizing investment structure and sound management efficiency are making China an important destination of investment for transnational companies.

The low-cost edge, which made China a world factory and the center of the global supply chain, is gradually fading, but the country still holds core competitiveness, such as rich human resources, high labor productivity, and complete industrial chains.

According to the International Labor Organization, China’s labor productivity stood at $16,512 per employed person last year, much higher than that in Vietnam, India, Thailand, Indonesia, and the Philippines.

“At present, in China, Schneider Electric has achieved 90-percent localization of its supply chain. The localized supply chain can help us better respond to the changes in market demands amid the pandemic,” Yin said.

As the Chinese government keeps taking steps to promote reform and opening up and development transition, China is building and has already built new competitiveness supply chain-wise.

For instance, China’s manufacturing industry is showing a sign of acceleration in its digital transformation, with a number of new-generation information technologies seeping into the sector, such as 5G, big data, cloud computing, and artificial intelligence. The country is home to over 150 large industrial internet platforms that serve more than 1.6 million enterprises.

The global supply chain system cannot be divided due to its complexity and high dependence, as well as the incompleteness of the industrial systems of countries around the world. China will keep contributing to the stability and smooth operation of the global supply chain, so as to shape a new future featuring openness, sharing, and prosperity.