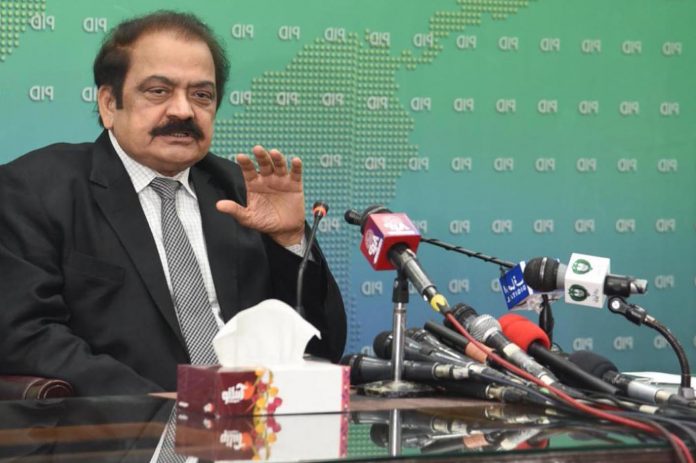 ISLAMABAD: Interior Minister Rana Sanaullah said Thursday that 50 PTI members of Punjab Assembly (MPAs) can vote for PML-N’s chief minister candidate Hamza Shahbaz on July 22 (tomorrow) — claiming that they might violate their party’s policy. “Not five, but 50 PTI MPAs can either use their right to vote [for Hamza] or they might refrain from casting their votes altogether,” the interior minister claimed while addressing a press conference. Sanaullah said “politically aware” lawmakers, who might understand PTI Chairman Imran Khan’s “wrongdoing”, will not support their party’s nominated candidate — Pervez Elahi — for Punjab’s top office. The interior minister claimed that “Elahi does not deserve to become the chief minister” and demanded he voluntarily withdraws from the race.  He added that honourable lawmakers should “not waste” their votes by on the PML-Q leader, who Khan had earlier termed a “dacoit”. “We will use all our political options to the fullest,” the interior minister vowed as he said that the PML-N was in contact with the opposition lawmakers. “The ones in PTI, who still have a conscience, will not vote for Elahi,” the interior minister said — just a day after he stated, “PML-N will not let the Elahi become the provincial chief executive easily.” claimed that two lawmakers of the PML-N took money to switch allegiance ahead of the chief minister’s election in Punjab.