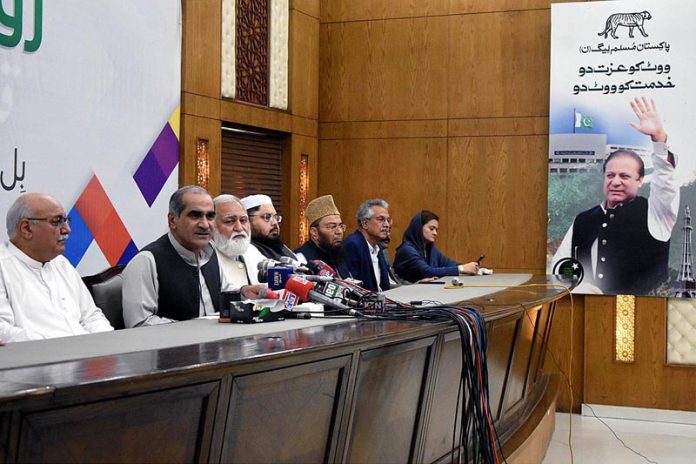 LAHORE:Federal Minister for Railways and Pakistan Muslim League-Nawaz (PML-N) leader Khwaja Saad Rafique said on Tuesday that the coalition government in Centre would complete its constitutional term, as it was a right of any federal or provincial government to work for betterment of people till completion of its tenure. Addressing a press conference, along with other Pakistan Democratic Movement (PDM) leaders after an important meeting of the alliance here, he commented on the recent by-polls in Punjab, saying that the PML-N secured 39 per cent more votes in by-polls than the general election in 2018, and won five seats, establishing that its vote bank had increased in Punjab. He said that Punjab by-elections were not a criteria to gauge the popularity of any political party. He said that Pakistan Tehreek-s-Insaf (PTI) chief Imran Khan, just to achieve his political agenda, had always attempted to vilify the institutions if decisions did not come in his favour, adding that he [Imran Khan] started creating storm in a teacup this time again by demanding resignation of the chief election commissioner, even after winning 15 seats in by-polls.  He said that the PML-N formed a coalition government in Centre, though it knew it would have to face huge challenges, including financial and others, due to the worst policies of the previous government. He said the country would have faced economic default had the PML-N not taken over the government about four months ago Khwaja Saad Rafique said that the National Accountability Bureau’s draconian laws caused severe damage to democracy as those were used for political victimisation of the opponents, while even a single accused could not be convicted under those laws. He said that it was also decided in the meeting that the PTI foreign funding case should be concluded as soon as possible by the Election Commission of Pakistan. The federal minister said that it should also be investigated that from what sources millions of rupees had been spent on the social media campaigns for projecting the PTI narrative, adding that the decisions of the Parliament should be given due respect, as it was a constitutional right of the legislators to make laws. “No one will be allowed to undo Parliament’s decisions or legislation and no compromise will be made in this regard,” he warned.  He said that the PML-N led coalition government had some reservations on the apex court’s judgment regarding Article 63-A of the Constitution, and demanded that the pending review petition should be fixed for hearing at the earliest. The minister said that Imran Khan wanted to make the national institutions controversial, but his attempt would definitely be foiled, adding that the recent by-polls in Punjab had proved that both the Election Commission of Pakistan and the ‘establishment’ remained impartial. Speaking on the occasion, Jamiat Ulema-e-Islam-Fazl (JUI-F) leader Akram Durrani said that Imran Khan was spearheading a vested agenda in the country, which should be stopped at any cost, adding that he [PTI chief] had been pursuing an anti-state narrative after his ouster from the office. It was also discussed in the meeting that Imran Khan should be stopped from hatching conspiracies against the institutions, he asserted. He said that the previous PTI government caused severe damage to the national economy and if the PTI government had not been removed, it would have pushed the national economy to the brink of collapse.