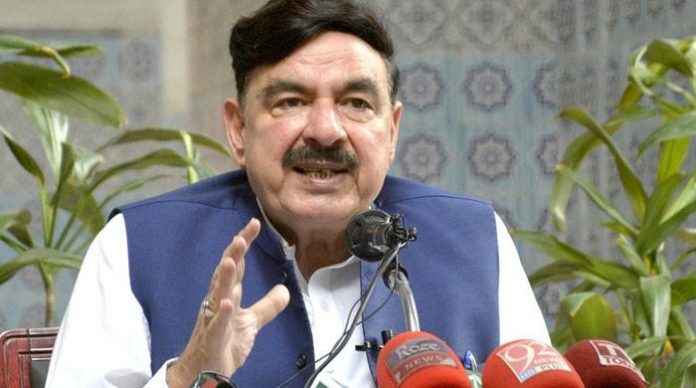 RAWALPINDI: AML chief Sheikh Rasheed said Monday that PPP Co-chairman Asif Ali Zardari “buried” PML-N — after the party suffered a humiliating defeat in the Punjab by-elections. “The funeral of PML-N’s [politics] took place yesterday; Zardari has buried the party, and now, Maulana Fazlur Rehman should offer prayers for them,” Rasheed, who is an ally of the PTI, said while addressing a press conference. Referring to the “landslide victory” of PTI in the hotly-contested by-polls, Rasheed said that it was a “laboratory test” and the nation gave its verdict in favour of PTI Chairman Imran Khan. “It has been proved today that Imran Khan’s narrative has reached every home,” he said and doubled down on the demand of dissolving the assemblies this week — and holding snap polls. “Shahbaz Sharif has become the PM of just Capital Development Authority (CDA),” Rasheed said in a jibe at PM Shehbaz. He also noted that the PTI could have won the fourth seat in Lahore if it had taken a better decision — as the party managed to secure three out of constituencies. The former interior minister — who wanted the establishment to stay away from the by-polls — also said that the establishment gained respect due to yesterday’s free, fair and transparent by-elections. PTI grabbed 15 of the total 20 seats in the Punjab by-polls, while PML-N won four seats and the remaining one seat went to an independent candidate. Before the by-polls, the PTI and PML-Q had already jointly attained the strength of 173 (163 of PTI and 10 of PML-Q). Now, with 15 additional seats, this strength has reached 188 whereas the figure for the simple majority stands at 186. This means the PTI and PML-Q have crossed that landmark One independent MPA will likely be part of the new ruling coalition. The clear victory of PTI in the Punjab by-polls has turned around the number game in the Punjab Assembly, with Chaudhry Pervez Elahi now most likely to replace Hamza Shahbaz Sharif as the new chief minister of the province in the coming days.